Ivy Supersonic net worth: Ivy Supersonic is an American fashion designer, event planner, and animated character designer who has a net worth of $20 million. Ivy Supersonic was born in New York in June 1967. Ivy is the daughter of Jerome Silberstein who is the co-founder of Silberstein, Awad & Miklos.

She graduated from the Fashion Institute of Technology and started her denim brand I.B.I.V. as a student. Supersonic's jeans have been featured on MTV, Good Morning America, and Beverly Hills, 90210. She has designed hats for Snoop Dogg, Carmen Electra, Pamela Anderson, and more. Supersonic had a cartoon character of herself tattooed on her on the reality TV series Miami Ink by Kat Von D. Supersonic has claimed that the character Scrat from the movie Ice Age was stolen for her. She starred in the 2005 movie Survive This and has often appeared on Howard Stern on Demand. 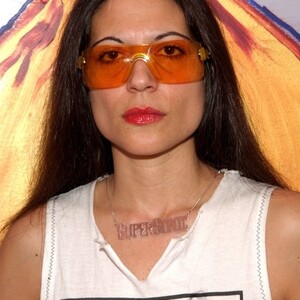