Isaac Mizrahi net worth: Isaac Mizrahi is an American fashion designer who has a net worth of $20 million dollars. Born October 14, 1961 in Brooklyn, New York, Mizrahi presented his first fashion collection at a 1987 trunk show held by the popular New York department store Bergdorf Goodman. The fashion line was well received and prompted orders from top retailers.

His original intent and vision as a young designer was to appeal to a refined and exclusive clientele. In 1992, the French fashion house Chanel bought a stake in his company and bankrolled Mizrahi's operation. Over the years, Mizrahi's inconsistent 'look' when rolling out new fashions for each season worked against him and he experienced peaks and valleys in his sales track record. Hollywood stars Nicole Kidman, Selma Blair, Julia Roberts, Sarah Jessica Parker, Debra Messing and Natalie Portman, to name a few, have been fans and clients of his fashion. Mizrahi designed for Liz Claiborne brand for a year (2009) then launched a new label he called IsaacMizrahiLIVE! exclusively for QVC (home shopping network). He also designed costumes for three Broadway revivals and one operetta and won the 2002 Drama Desk Award for Outstanding Costume Design (for the Broadway revival The Women). Mizrahi married his partner of six years, Arnold Germer, at the New York City Hall on November 30, 2011. 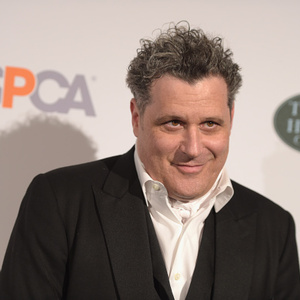