Hubert de Givenchy Net Worth: Hubert de Givenchy was a French aristocrat and fashion designer who had a net worth of $200 million dollars at the time of his death. Count Hubert James Marcel Taffin de Givenchy was born in Beauvais, France in February 1927. Hubert was inspired by the 1937 World's Fair in Paris and wanted to work in fashion design. He studied at the Ecole des Beaux-Arts in Paris and made his first designs for Jacques Fath in 1945. De Givenchy worked along an unknown Christian Dior and Pierre Balmain. He worked for designer Elisa Schiaparelli. Hubert founded The House of Givenchy in 1952 in Pairs. His first collection was named after Paris' top model Bettina Graziani. Hubert designed almost all of the outfits worn by the actress Audrey Hepburn in her movies, most notably the little black dress in Breakfast at Tiffany's. Jackie Kennedy wore one of his dresses to her husband JFK's funeral. He launched a perfume collection, pret-a-porter collection, and a men's line. In 1981 The House of Givenchy was split with the perfume line going to Veuve Clicquot and the fashion brand going to LVMH. His famous clients have included Ingrid Bergman, Grace Kelly, Jacqueline Kennedy Onassis, and many more. In 1970 Hubert was named to the International Best Dressed List Hall of Fame. He retired from the fashion industry in 1995. He designed stamps issued by the French Post Office in 2007. Hubert de Givenchy has been awarded a Chevalier de la Legion d'honneur and a Medal of l'Ordre des Arts et des Lettres. Hubert de Givenchy died on March 10, 2018 at the age of 91. 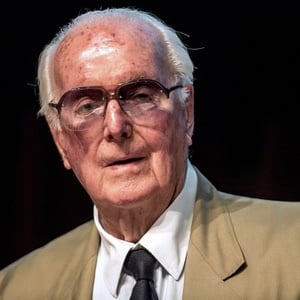