Hilary Farr net worth: Hilary Farr is a Canadian home designer, television host, and actress who has a net worth of $8 million. Hilary Farr was born in Toronto, Ontario, Canada in August 1951. She is best known for co-hosting the television series Love It or List It with David Visentin. She is also the president of Hilary Farr's Designs.

Farr moved to Los Angeles, California and started buying properties and renovating them. As an actress she appeared in the films Layout for 5 Models, Never Mind the Quality: Feel the Width, Frustrated Wives, Stardust, Legend of the Werewolf, The Rocky Horror Picture Show, City on Fire, and The Return. She joined the TV series Love It or List It in 2008 and has also appeared on episodes of the TV series The Marilyn Denis Show, Steven and Chris, Brother vs. Brother, and more. 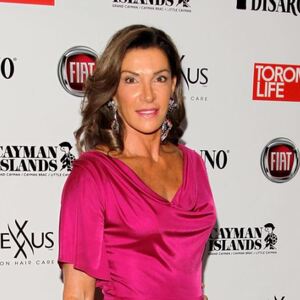