What is Hidetaka Miyazaki's Net Worth and Salary?

Hidetaka Miyazaki is a Japanese designer, scriptwriter, and creative director who has a net worth of $100 million. Hidetaka Miyazaki serves as the president of the video game company FromSoftware. He is best known for directing such games as "Bloodborne," "Sekiro," "Elden Ring," and the "Souls" series. Considered an auteur in the video game world, Miyazaki's work is characterized by dense background information and a high level of difficulty.

Hidetaka Miyazaki was born in the mid-70s in Shizuoka, Japan. Growing up largely without means, he was unable to afford many books, and instead borrowed extensively from the local library. Miyazaki read various English science-fiction and fantasy books even though he didn't understand the language; mainly, he would focus on the accompanying illustrations. Prohibited by his parents from playing video games, he played tabletop games such as "Dungeons & Dragons." As a young adult, Miyazaki went to Keio University, graduating with a social science degree.

Following his college graduation, Miyazaki landed a job as an account manager for the Oracle Corporation, based in Austin, Texas. He realized his true calling, however, after a friend recommended that he play the action-adventure video game "Ico." Captivated, Miyazaki decided to change his career path to pursue game design. At first he had trouble getting employed, as he found that few game companies were willing to employ him due to his lack of design experience. An exception was FromSoftware, which hired him in 2004. Miyazaki's first role there was as a planner on the vehicular combat game "Armored Core: Last Raven." He went on to direct 2006's "Armored Core 4" and its 2008 sequel "Armored Core: For Answer."

Breakthrough with the "Souls" Series

At FromSoftware, Miyazaki learned about the project that would eventually become "Demon's Souls." Excited by the premise of the fantasy-action role-playing game, he offered his help. The company was so skeptical about the potential of the game that it ultimately ceded full control to Miyazaki. Despite initially being met with a negative reception at the Tokyo Game Show in 2009 and selling far below expectations upon its release, "Demon's Souls" began picking up steam over the subsequent months. Soon, publishers outside of Japan were taking notice. "Demon's Souls" went on to become both a critical and commercial success in the West, being lauded for its degree of difficulty and its addicting gameplay. Miyazaki subsequently directed 2011's "Dark Souls," a spiritual sequel to "Demon's Souls." Due to his success, in 2014 he was promoted to president of FromSoftware. Miyazaki went on to supervise the development of "Dark Souls II" and to direct "Dark Souls III."

Miyazaki is responsible for several other popular games beyond the "Souls" series. Among them, he directed "Bloodborne," an action role-playing game released in 2015 for the PlayStation 4. As with Miyazaki's previous work, the game was praised for its high degree of difficulty, rich atmosphere and sound design, and Lovecraftian themes. Miyazaki later directed the 2018 virtual reality game "Déraciné," a first-person adventure game using the PlayStation VR headset. Following this, he directed the 2019 action-adventure game "Sekiro: Shadows Die Twice," which is set in a fictionalized Japan in the Sengoku historical period. Acclaimed by critics, the game received numerous nominations and awards, including the Game Award for Game of the Year. Miyazaki had further success with 2022's "Elden Ring," which was made in collaboration with fantasy author George R. R. Martin of "A Song of Ice and Fire" fame. Within three weeks of its release, "Elden Ring" sold 12 million copies worldwide. 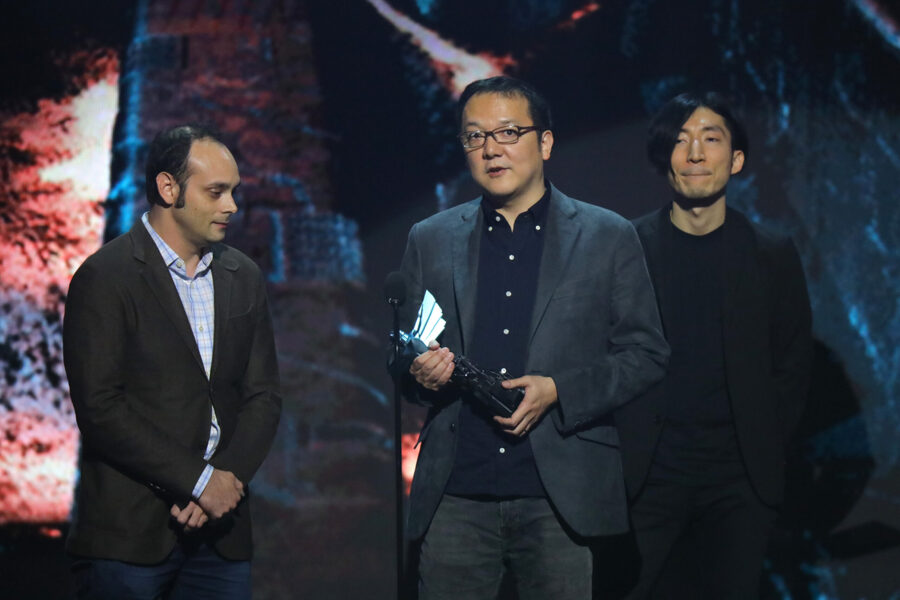 Miyazaki has cited a wide range of influences on his design work. He has named such video games as "Ico," "Dragon Quest," "The Legend of Zelda," and the "King's Field" series. Miyazaki has also cited the influence of manga series such as "Devilman," "Berserk," and "Saint Seiya." Among his myriad of other inspirations, he has mentioned the literature of Bram Stoker and H. P. Lovecraft. On broader aesthetic and thematic levels, Miyazaki has been inspired by European architecture, environmental storytelling, sociology, and psychology.

As a video game director, Miyazaki typically writes most of the narrative and dialogue himself; he also has final say on the design of characters and levels. He prefers to use death in his games as a learning tool through which players can experiment with trial and error. Along the same lines, Miyazaki strives to create stories that players can interpret in their own ways, and crafts his games to be especially difficult so that players can feel a sense of achievement by beating them. 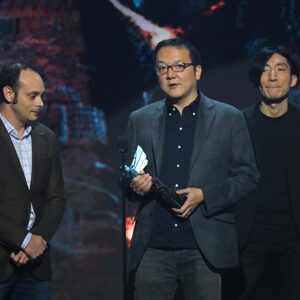