How much is Herve Leger Worth?

Herve Leger net worth: Herve Leger is a French fashion house founded by the designer Hervé L. Leroux. Herve Leroux had a net worth of $200 million at the time of his death in 2017. Herve Leger was born in Bapaume, Pas de Calais, France, on May 30, 1957. He studied in Paris until 1975. Leger has earned his net worth in Fashion and Design. He pioneered the creation of the "bandage" or "body-con (body-conscious)" dress, using materials traditionally associated with foundation garments to create dresses that would mold and shape the wearer's figure with its signature bandage-like strips. His clothes, based on the deceptively simple principles of Lycra and spandex-rich fabrics pulling the body into the desired hourglass shape, have made him the darling of the fashion world. From 1975 to 1977 he was an assistant for Tan Giudicelli and from 1977 to 1980 he was an assistant to Karl Lagerfeld. From 1980 to 1982 he was a designer for Chanel and from 1982 to 1983 he was a designer for Cadette, Milan. He founded his own company, MCH Diffusion in 1983. By the middle of the 1990s, Léger had softened the banded look a bit. His 1997 spring/summer line included dresses with elegant cutout midriffs and sailor suits with light organza jackets. In 1998 Los Angeles-based BCBG Max Azria purchased a controlling interest in the Hervé Léger fashion house from G.H. Mumm & Compagnie. His work was warmly embraced during the 1990s both by fashion opinion-makers and the rock stars, models, and minor royalty who are his most publicized clients. In 2001, he opened his own shop under the name Hervé L. Leroux in Paris. His summer 2001 presentation in Paris featured draped dresses, cut with tucks in the bodice, forcing the fabric to hug the neck, leaving the back strikingly bare. His concentration on the ability of clothing to create the desired flattering silhouette, through manipulation of fabrics and eye-arresting details, owes its legacy to his couture background. 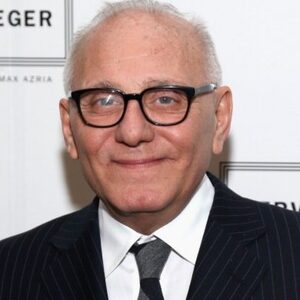