Grayson Perry net worth: Grayson Perry is an English artist who has a net worth of $5 million. Grayson Perry was born in Chelmsford, Essex, England in March 1960. He is known for his ceramic vases and his affinity for cross dressing. Perry's vases are often decorated in bright colors and feature his female alter ego "Claire".

Perry realized that he was a transvestite in his teenage years. He started going out dressed as a woman at 15. Perry studied art and graduated from Portsmouth Polytechnic in 1982. He started taking pottery lessons in 1983. Perry won the Turner Prize in 2003 and was appointed Commander of the Order of the British Empire in 2013 for his services to contemporary art. He was featured in the 2005 documentary Why Men Wear Frocks. As of 2015 Perry was appointed chancellor of University of the Arts London. Grayson is married to author Philippa Perry. 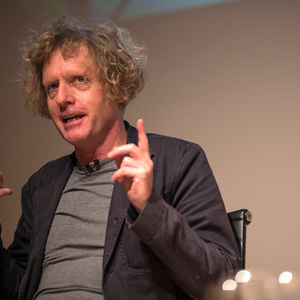