How much is Glenn Hetrick Worth?

Glenn Hetrick net worth: Glenn Hetrick is an American special make-up effects artist who has a net worth of $3 million. Glenn Hetrick was born in Hellertown, Pennsylvania in July 1972. Hetrick has worked in the makeup departments for the television series Crossing Jordan from 2004 to 2007, CSI: NY from 2007 to 2009, Heroes from 2006 to 2010, and Extant in 2014. He has also worked on the movies Blade II, King of the Ants, The League of Extraordinary Gentlemen, The Chronicles of Riddick, Return of the Living Dead: Necropolis, Return of the Living Dead: Rave to the Grave, Legion, and The Hunger Games: Catching Fire. As an actor he has also appeared in episodes of the TV series Charmed, Committed, Scrubs, and Heroes. Hetrick's company Optic Nerve Studios has won two Emmy Awards. He is also a custom designer for musician Lady Gaga. Hetrick has also served as a judge on the SyFy reality TV series Face Off since 2011. 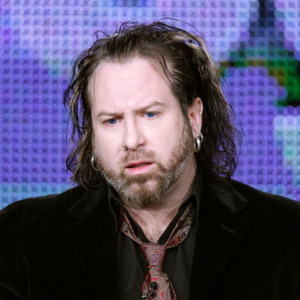