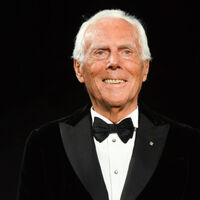 What is Giorgio Armani's Net Worth and Salary?

Giorgio Armani is an Italian fashion designer who has a net worth of $9 billion dollars. Giorgio Armani is best known for his popular men's suits. Armani first launched his business empire in the mid-1970s, and it grew substantially. His popularity reached new heights in the '80s when his men's 'power suits' began appearing frequently on the actors in the series Miami Vice and again in the 1980 film American Gigolo. Armani is also the richest openly LGBT person in the world.

Born July 11, 1934 in the northern town of Piacenza in Italy, Armani's family was from humble beginnings, experiencing the hardships of World War II firsthand. He was raised with his older brother Sergio and younger sister Rosanna by his mother Maria Raimondi and his father Ugo Armani. He attended secondary school at the Liceo Scientifico Leonardo Da Vinci in Milan.  At an early age, Armani developed an interest in anatomy, "…making dolls out of mud with a coffee bean hidden inside," Armani told the Guardian newspaper. His fascination with the human form led to two years of medical study at the University of Piacenza. However, after three years, he left in 1953 and joined the army. He was assigned to the Military Hospital in Verona where he often attended shows at the Arena. He eventually decided to look for a different career path.

After completing his military service he quit the university and went to work as a window dresser at La Rinascente, a famous Milan department store. Armani went on to become a seller for the menswear department where he gained great experience in the marketing aspect of the fashion industry. He then joined the staff of Nino Cerruti as a designer. With the encouragement of his friend Sergio Galeotti, Armani started doing freelance design work for other companies as well. Galeotti then persuaded Armani to open a design office in Milan, which led to a period of extensive collaboration, during which Armani worked as a freelance designer for a number of fashion houses, including Allegri, Bagutta, Hilton, Sicons, Gibò, Montedoro, and Tendresse.

Armani gained international press after he participated in a runway show at the Sala Bianca in the Pitti Palace in Florence. Armani and Galeotti officially became business partners, founding Giorgio Armani S.p.A. in July 1975 and they launched a line of women's and men's clothing. In October of that same year, he presented his first collection of men's ready-to-wear clothing for Spring and Summer 1976 under his own name and produced a women's line for the same season. . The clothes were revolutionary at the time, introducing a more natural fit and using a subtle color palette. Armani was quick to establish an innovative relationship with the fashion industry. In 1979, Armani began producing clothing for the United States and introduced his main line for men and women. 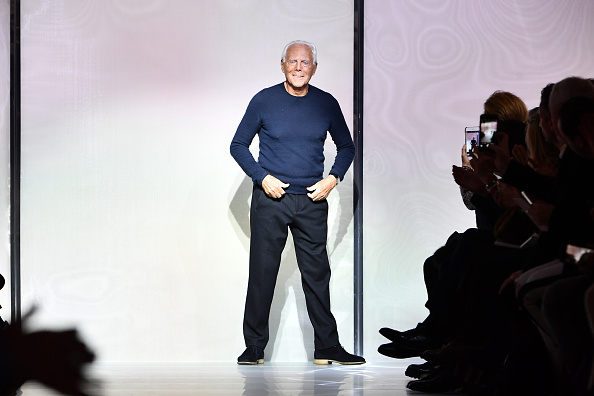 Armani didn't make a big splash in America until 1980 when his clothes were showcased on major television shows. The label became one of the leading names in international fashion for men and women, expanding to underwear and swimwear, as well as accessories. In the early '80s, the company signed an agreement with L'Oreal to create perfumes. Around this time, they expanded again to introduce Armani Junior, Armani Jeans, and Emporio Armani lines. A new store was opened in Milan for the Emporio line, followed by the first Giorgio Armani boutique.  It wasn't long before many top Hollywood stars were wearing Armani on the red carpet, including Michelle Pfeiffer, Jodie Foster and John Travolta.

He designed costumes for the movie "American Gigolo", from which the success led to a long-term collaboration with the world of filmmaking. He designed costumes for more than 100 films, including "The Untouchables" in 1987. Sadly, his long-time collaborator and business partner Galeotti died of a heart attack in Milan in 1985. Despite his death, Armani continued to expand and opened Armani Japan in the late '80s and introduced other products: A new line of eyeglasses, socks, a gift collection, and a new "basic" men's and women's line for America known as A/X Armani Exchange. A/X: Armani Exchange was Armani's attempt to break into the American mass market, offering lower prices for relaxed but yet still chic clothes 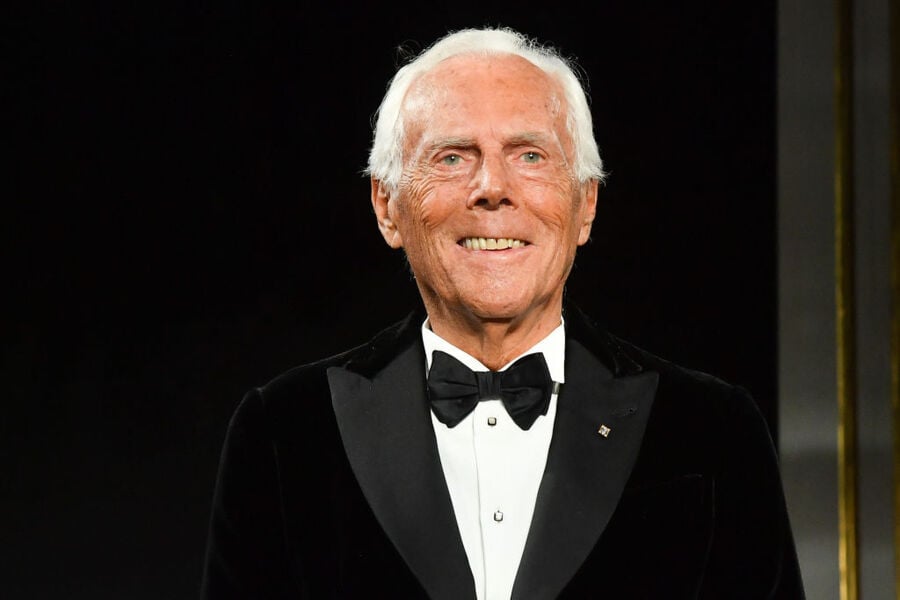 Armani expanded his operations further, opening his first restaurant in 1989. By the end of the '90s, Armani had over 2,000 stores worldwide and annual sales of roughly $2 billion. His company expanded into the home goods market as well as book publishing. In 1995, Armani introduced a line of men and women's skiwear and a ski casualwear line was developed. In 1996, Armani's long-time friend Eric Clapton composed the music for Armani's fashion shows. In 1998 Armani hosted a party for Clapton's Crossroads guitar auction. It was around this time that Armani prepared to break into the Chinese market and opened up his first store in the country in 1998, a small shop in Beijing. This shop was followed by a flagship store in Shanghai in 2004 and plans for 40 shops by 2011.  In 2000, Giorgio Armani SpA was introducing new lines of cosmetics and home furnishings, and expanding its line of accessories. Also in 2000, the Guggenheim Museum in New York hosted an exhibition of Armani's work–a first for a living designer–that enjoyed an average attendance of 29,000 a week. Armani in 2001 was acclaimed as the most successful designer of Italian origin. In 2005, Armani debuted his first haute couture line. Hotels were next. In 2010, he opened his first luxury hotel in Dubai, later followed by a hotel in Milan. Armani also designed a bullfighting costume, called the "Goyesco", worn by Spanish bullfighter Cayetano Rivera Ordóñez at the "Corrida Goyesca" in Ronda, Spain. As of 2009, Armani had a retail network of 50 Armani boutiques.

Armani was in a long-term relationship with his business partner Sergio Galeotti until Sergio's death in 1985 of a heart attack. He is very private about his personal life.