Gilles Bensimon Net Worth: Gilles Bensimon is a French fashion photographer who has a net worth of $30 million. Gilles Bensimon is most famous for being the Creative Director at ELLE Magazine, and has appeared on the television series America's Next Top Model. Born in 1944, in Paris, Gilles Bensimon made a name for himself as the International Creative Director of the prestigious Elle magazine. He joined the publication in 1967, and ever since he has put into action his creative ideas that led Elle reach roughly around 20 million readers. Only two years after his joining with the French Elle, he initiated the start of the American one, which shortly became one of the leading mags in the States. Bensimon shot beauties like Claudia Schiffer, Lisa Snowdon, Christy Turlington, Cindy Crawford and Naomi Campbell among others, for the US edition. One of the most dignified fashion photographers today, he has captured the winsomeness of many celebs through his lenses, including Halle Berry, Uma Thurman, Reese Witherspoon, Sarah Jessica Parker, Beyonce, Jennifer Lopez, Sharon Stone, Keira Knightley, Gisele Bündchen, Gwyneth Paltrow and Madonna. But the fact that he has been constantly surrounded by gorgeous women had a negative impact on his love life. Over the years, he has married and divorced three times, as well as he has had numerous relationships with models, most recently with art historian Diana Widmaier-Picasso, Pablo Picasso's granddaughter. 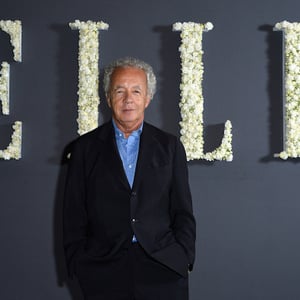