George Condo net worth: George Condo is an American contemporary visual artist who has a net worth of $400 million. George Condo was born in Concord, New Hampshire in 1957. His mediums include painting, drawing, printmaking, and sculpture. Condo studied at the University of Massachusetts Lowell and moved to Boston to work in a silk screen shop and join a band.

He later moved to New York City to become an artist and started the band Hi Sheriffs of Blue. Condo emerged in the East Village art scene in the 1980s and coined the term Artificial Realism. He has been commissioned to create art for book covers including Book of Sketches by Jack Kerouac. His work has been exhibited all over and he has had permanent collections at the Museum of Modern Art in New York, the Whitney Museum in New York, the Metropolitan Museum of Art in New York, and more. In May 2018, one of George's paintings sold for $6.16 million (with fees). That set his own record for most expensive piece sold, breaking his previous record by $2 million. 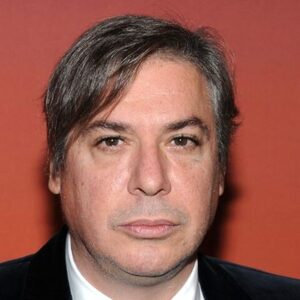