Soon after finishing her work with MTV as an intern, took a full-time job with the company before earning her degree in design from New York City's School of Visual Arts. While with MTV, she had a role on the show "Sex in the '90s" before landing a spot on the hit TLC show "Trading Spaces" and later "Trading Spaces: Family". Gorder also appeared on 2005's "Town Haul", where she transformed small towns around the country. In 2009, her new show, "Dear Genevieve", debuted on HGTV, with its sixth season premiering in mid-2014. The show focuses on Gorder helping a family redesign a certain part of their home. She also judges the network's "HGTV Design Star" program that helps budding interior designers achieve their dream of designing on television programs. For the last five years, Gorder has hosted "White House Christmas" on HGTV. She lives in Manhattan and is famous for not wearing shoes while she's working. 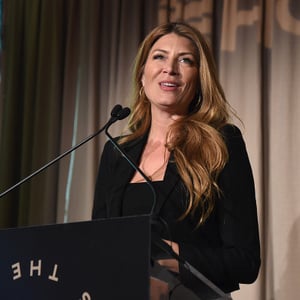