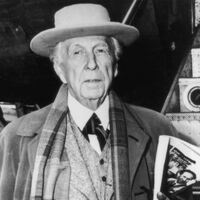 What was Frank Lloyd Wright's Net Worth?

Frank Lloyd Wright was an American architect, interior designer, educator, and writer who had a net worth of $3 million at the time of his death in 1959. After adjusting for inflation, that's the same as $25 million in today's dollars. During Frank's lifetime, he designed more than 1,000 structures, and more than half of them were completed.

His philosophy was called organic architecture, which involved designing structures so they were in harmony with the environment and humanity. One of Wright's best known works is the Fallingwater house, which was built in 1939 in Mill Run, Pennsylvania, and was voted "the best all-time work of American architecture" by the American Institute of Architects in 1991. That year the organization also named Frank "the greatest American architect of all time." Wright developed houses, churches, offices, schools, hotels, skyscrapers, museums, hotels, and more, and he designed interior elements such as stained glass and furniture. He helped lead the Prairie School movement and developed the Usonian home concept in Broadacre City. Frank also authored 20 books and gave lectures across the United States and Europe. Wright passed away in April 1959 at the age of 91.

Frank Lloyd Wright was born on June 8, 1867, in Richland Center, Wisconsin. His father, William Cary Wright, was a composer as well as a "gifted musician, orator, and sometime preacher who had been admitted to the bar in 1857." Wright's mother, Anna Lloyd Jones, worked as a teacher, and according to his autobiography, when Anna was pregnant with Frank, she stated that her firstborn would grow up to "build beautiful buildings." Anna tried to encourage Frank's ambition from a very young age, decorating his nursery with images of cathedrals that she tore out of a periodical. Wright had a "deeply disturbed and obviously unhappy childhood," and the family lived in "unrelieved poverty and anxiety." In 1877, they moved to Madison, where William found work giving music lessons and serving as the Unitarian society's secretary. When Frank was a child, Anna bought him a set of geometrically-shaped blocks called the Froebel Gifts, which influenced his approach to design later in life. When Wright was 14, Anna and William separated, and three years later, William sued for divorce, citing "emotional cruelty and physical violence and spousal abandonment." William left Wisconsin in 1885, and Frank never saw him again. Wright attended Madison High School and the University of Wisconsin–Madison, but he left before earning his degree. In 1955, he received an honorary doctorate of fine arts from the school. In 1886, Frank collaborated with Joseph Lyman Silsbee's Chicago-based architectural firm  on the Wright family Unity Chapel in Spring Green, Wisconsin.

After working for Silsbee, Wright decided to find a higher-paying job and was hired as an architectural designer at Beers, Clay, and Dutton. He quickly realized that he wasn't quite ready for that position, so he went back to Silsbee, who agreed to raise his salary. In 1888, Frank became an apprentice at Adler & Sullivan, and Louis Sullivan "gave him great design responsibility." By 1890, Wright had been promoted to head draftsman and was in charge of the office's residential design work. He worked on projects such as the James A. Charnley bungalow in Ocean Springs, Mississippi, and the Berry-MacHarg House in Chicago, and he took on independent commissions to supplement his income, including the Robert Parker house and the Thomas Gale house. When Sullivan discovered that Wright had violated his contract by accepting outside work, Frank was reportedly fired. He subsequently opened his own firm in the Schiller Building, then moved to the new Steinway Hall building in 1896. He shared the loft space with Myron Hunt, Robert C. Spencer, and Dwight H. Perkins, and they formed the Prairie School, along with Perkins' apprentice Marion Mahony, who later became one of the country's first licensed female architects. During this period, Frank's first independent commission was the Winslow House, which was completed in 1894. In 1898, he moved his office to his home, eventually adding a studio that would become his workspace for the next decade. 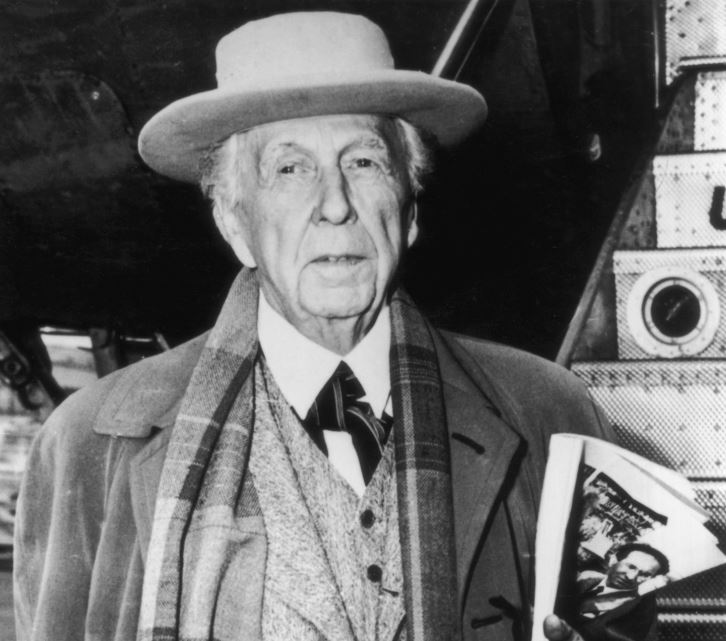 By the early 1900s, Wright had completed approximately 50 projects, and around this time, he began designing houses in "Prairie Style." In 1909, he traveled to Europe and presented a portfolio of his work to publisher Ernst Wasmuth, who released the book "Studies and Executed Buildings of Frank Lloyd Wright" in 1911. That year Frank began building a home for himself called Taliesin in Spring Green, Wisconsin, after leaving his family for Mamah Borthwick Cheney, the wife of his neighbor/client Edwin Cheney. Tragedy occurred in the home in 1914 when a servant set the living quarters on fire and killed seven people with an axe, including Mamah and her two children. From 1917 to 1922, Wright worked in Japan, designing the Imperial Hotel, the Jiyu Gakuen school, and the Yodoko Guesthouse. In 1932, he invited students to study and work with him at Taliesin, and over his lifetime, 625 people joined this "Taliesin Fellowship," which later became known as The School of Architecture at Taliesin. In his later years, Frank designed notable buildings such as Fallingwater, the Solomon R. Guggenheim Museum, Price Tower, and Monona Terrace. He also designed another home for himself, Taliesin West, which is located in Scottsdale, Arizona, and houses the Frank Lloyd Wright Foundation.

Frank married social worker/socialite Catherine "Kitty" Tobin on June 1, 1889, and they had six children – Frank Jr., John, Catherine, David, Frances, and Robert – before divorcing in 1922. Frank Jr. became an architect, John invented Lincoln Logs, and Catherine was the mother of Anne Baxter, an Oscar-winning actress known for films such as "The Razor's Edge," "All About Eve," and "The Ten Commandments." Wright wed artist Maude "Miriam" Noel on November 19, 1923, and after they divorced in 1927, he married writer/dancer Olga Lazovich Milanov (better known as "Olgivanna") on August 25, 1928. The couple welcomed daughter Iovanna in 1925, and Frank adopted Svetlana, Olgivanna's daughter from her first marriage. Sadly, Svetlana and her son Daniel died in a car accident in 1946, and Frank and Olgivanna raised her other son, Brandoch, after her death.

Wright was hospitalized with abdominal pains on April 4, 1959, and he underwent surgery two days later. Frank passed away at age 91 on April 9th, and he was buried at the Lloyd-Jones cemetery near Taliesin. Olgivanna's dying wish was that she, Frank, and Svetlana would be cremated and have their ashes interred together at Taliesin West. After Olgivanna died in 1985, members of the Taliesin Fellowship removed Frank's remains from his grave, and he was cremated and interred in a memorial garden at Taliesin West. Wright's empty grave is still marked with his name.

Wright received a Royal Gold Medal from the Royal Institute of British Architects in 1941, and the American Institute of Architects awarded him an AIA Gold Medal in 1949 and the Twenty-five Year Award in 1973, 1974, 1983, and 1986. In 1951, Frank received an Order of the Star of Italian Solidarity and a Gold Medal of the City of Florence. In 1966, the U.S. Postal Service released a 2¢ postage stamp featuring Wright as part of its Prominent Americans series. Eight of Frank's buildings have been listed as UNESCO World Heritage Sites, including Fallingwater, the Hollyhock House, and the Guggenheim Museum.