What is Frank Fritz's Net Worth?

Frank Fritz is an American reality star and antique collector who has a net worth of $6 million. Frank Fritz is best known for co-hosting the reality series "American Pickers," which began airing on The History Channel in 2010. Fritz hosts the show with his longtime friend Mike Wolfe, and it follows the two men as they travel around the country in search of antique and rare pieces. One of The History Channel's most popular shows, "American Pickers" has consistently done well with multiple age groups, and it has even been the top ranked non-fiction show on television. "American Pickers" has aired more than 300 episodes over 22 seasons as of this writing. Frank has also published two books, "American Pickers Guide to Picking" (2011) and "How to Pick Vintage Motorcycles" (2013).

Frank Fritz was born on October 11, 1965, in Davenport, Iowa. His parents, Susan and Bill, split up when Frank was young, and Susan married Richard Zirbe in 1974. As a child, Fritz enjoyed collecting rocks, beer cans, and postage stamps, and he loved riding dirt bikes. When Frank was a teenager, he worked at Coast to Coast Hardware and Quad-City Automatic Sprinkler because he wanted to save up enough money to buy a $4,100 Harley-Davidson motorcycle. Fritz met future "American Pickers" co-host Mike Wolfe at Sudlow Intermediate School, and they both graduated from Bettendorf High School in 1982.

After graduation, Frank spent 25 years working as a fire inspector, and he began picking up firefighter and firehouse-related trinkets. After he bought one item for $15 and sold it for $475, he thought he could make a living that way. In 2002, Fritz shifted away from his fire safety work to focus on collecting antique and vintage items, opening the antique shop Frank Fritz Finds in Savanna, Illinois. His reputation for finding vintage toys and cars made him popular with collectors and designers, and he caught the attention of The History Channel. "American Pickers" attracted more than three million viewers when it premiered on January 18, 2010, making it the network's highest-rated debut since the "Ice Road Truckers" premiere in 2007. Besides his work on "American Pickers," Fritz has also appeared on the TV series "Rachael Ray," "Cincy Entertainment," "American Restoration," "Late Show with David Letterman," "Pawn Stars," "Who Wants to Be a Millionaire," and "Today," and he lent his voice to an episode of the animated series "American Dad!" in 2017. 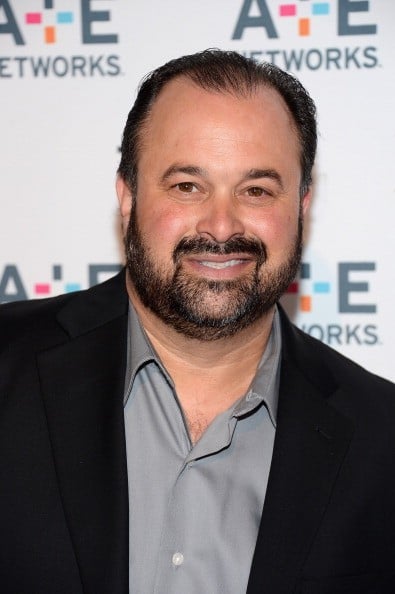 Frank has suffered from Crohn's disease, an inflammatory bowel disease, for over three decades, and when he's on the hunt for antiques, he travels in an RV with a bathroom. He told the "Quad-City Times" that he's "trying to show people that regardless of the adversities… and the social situations, the awkwardness, accidents, that you can live a productive life."

When fans noticed that Fritz lost weight between the eighth and ninth seasons of "American Pickers," he revealed that the weight loss was due to Crohn's disease, stating "I started losing weight and ran with it!" He also started exercising and eating better. In 2017, Frank was charged with OWI (Operating While Intoxicated) after driving the wrong way on the interstate. Xanax and THC were detected in his system, and he told police officers that he had one beer before getting on the road. After pleading guilty, Fritz received a year of unsupervised probation and was ordered to pay a $625 fine (plus court costs) and attend a substance evaluation program. In 2019, Frank had to miss a few episodes of "American Pickers" after undergoing back surgery.