Emanuel Ungaro Net Worth: Emanuel Ungaro is a French fashion designer who has a net worth of $100 million. Emanuel Ungaro was born in Aix-en-Provence, France in February 1933. His father was a tailor and gave Emanuel a sewing machine. He moved to Paris at 22 years old. He worked for the House of Cristobal Balenciaga for three years as a designer.

He then worked for Courreges before opening his own fashion house with help from Sonja Knapp and Elenea Bruna Fassio. His first menswear line Ungaro Uomo was launched in 1973 and his first perfume line Diva was launched in 1983. He participated in The Battle of Versailles Fashion Show in 1973. He went on to release the perfumes Senso, Ungaro, and Emanuel Ungaro for Men. Emanuel joined with Salvatore Ferragamo for a partnership in 1996. In 1997 the company Emanuel Ungaro Parfums was created by Ungaro, Bulgari, and Ferragamo. They released the perfumes Fleur de Diva, Desnuda, and Apparition. Ungaro retired in 2005 and sold the business to Asim Abdullah for $84 million. Emanuel married Laura Bernabei in 1988 and has a daughter named Cosima Ungaro. 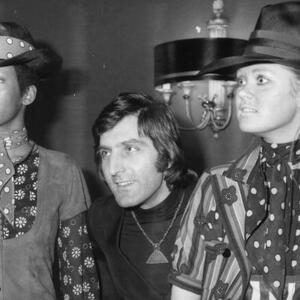