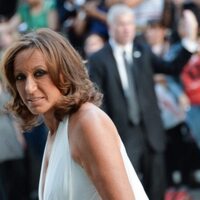 What is Donna Karan's Net Worth?

Donna Karan is an American fashion designer who has a net worth of $600 million dollars. Donna Karan is the creator of the Donna Karan New York and DKNY clothing and fashion labels. In the 1960s, Karan worked as an assistant designer under designer Anne Klein and was eventually promoted to associate designer in 1971. When Anne Klein died in 1974, the Klein's company was purchased by a Japanese corporation and Karan became head designer, along with friend and former classmate Louis Dell'Ollio. Karan started her own line of clothing, also known as DK and DKNY (Donna Karan New York), in 1985.

DKNY began being publicly traded in 1996. The brand was acquired by LVMH in 2001. LVMH sold the brand for $650 million in 2016. Donna departed from the brand the year prior.

Donna Karan was born on October 2, 1948 in New York City and given the name Donna Ivy Faské. She was born to Jewish parents, mother Helen Faské and father Gabriel Faské. The family lived in the Forest Hills neighborhood of the borough of Queens. Her mother had worked as a model and also worked in the showroom of designer Chester Weinberg while her father was a tailor and haberdasher. When Donna was three years old, her father passed away.

After her father's death, Donna and her sister, Gail, were raised by their mother in Woodmere, New York. Donna enjoyed sports like volleyball and softball but was equally as interested in the arts, sometimes cutting class to work on art projects. She attended Hewlett High School, graduating in 1966, and then enrolled at Parsons School of Design.

After finishing college, Karan began her career in fashion by working for the designer brand, Anne Klein, in the late 1960s. She was promoted to an associate designer in 1971 and worked directly with Klein herself. In November of 1973, she was a participant in The Battle of Versailles Fashion Show. In 1974, when Klein died, the Takihyo Corporation of Japan became the new owner of design house and named Karan head of the Anne Klein design team and remained in this role until 1984.

In 1984, Karan along with her husband Stephen Weiss and Takihyo Corporation, started her own business that was focused on designing modern clothing. The next year, she showed her first women's clothing collection in 1985, which she called Donna Karan New York. She became well-known for her 'Essentials' line, which focused on offering women seven easy pieces that were centered around a bodysuit, all of which could be mixed and matched. She also made a point to design clothing that she would wear herself. 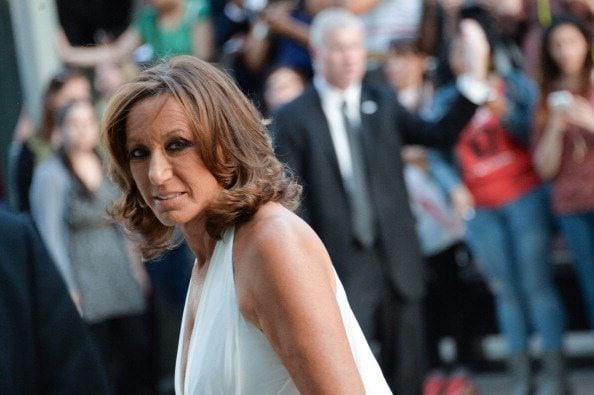 By 1988, Karan had earned the nickname of The Queen of Seventh Avenue, given the popularity of her line. She decided to extend her brand by creating a new line, DKNY, which was billed as a less expensive clothing line for younger women. She followed this up with DKNY Jeans two years later, which primarily featured denim. In 1991, she expanded into menswear and then created DKNY for men a year later. In 1992, she also released one of her most popular designs, the cold shoulder dress which was a long-sleeved dress made of jersey fabric featuring deep cutouts in the shoulders.

In 1997, Karan decided to leave her position as CEO of Donna Karan New York but continued on as chairwoman and designer for the clothing line. She slowly tapered off her involvement in the designs of the brand after 2002. In 2015, she announced that would be stepping down as head of the company in order of focus on her lifestyle brand, Urban Zen, which she had established in 2007.

Over her career, Karan has received a number of awards. She has been recognized on numerous occasions by the Coty American Fashion Critics as well as the Council of Fashion Designers of America (CFDA). She received the CFDA Lifetime Achievement Award in 2004.

In 1976, Karan married Mark Karan. The two had a daughter together named Gabby before divorcing in 1978. In 1983, she married artist Stephan Weiss. He would later become the co-CEO of the Donna Karan company. Together they share one son together named Corey. In 2001, Weiss died of lung cancer. Karan maintains several residences. She usually lives in Northwest Harbor of East Hampton in New York but also has homes in New York City and in the islands of Turks & Caicos.