Domenico Dolce net worth: Domenico Dolce is an Italian fashion designer who has a net worth of $2.0 billion. He earned fortune and fame as the co-founder of luxury fashion house Dolce & Gabbana. He co-founded the company with Stefano Gabbana. Domenico and Stefano were in a relationship from 1982 to 2003.

Domenico Dolce was born in Polizzi Generosa, Sicily, and grew up working for his father, who was a tailor. He ultimately decided that he wanted to focus on a career in fashion, and relocated to Milan to pursue a career in the industry full-time. He met his future partner, Stefano Gabbana, when they were both working for the same atelier in Milan, while freelance designing on the side. They created their first collection together in 1982, but did not officially "arrive" as a design team until 1984 when they were invited to participate in Fashion Week in Milan. From there, they rapidly shot to stardom, presenting their first women's collection a year later, and opening their first boutique in Asia just five years later. As the design team known as Dolce & Gabbana, they have designed costumes for the concert tours of Madonna, Whitney Houston, and Missy Elliott, to name a few, as well as clothing for film. The firm is also the chosen fashion line of the Hollywood elite. 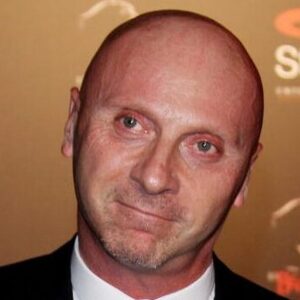