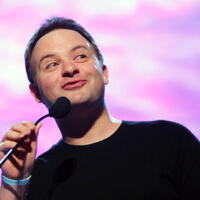 David Jaffe net worth: David Jaffe is a video game designer who has a net worth of $4.75 million. In addition to his net worth, Jaffe is working in a creative field that many people only dream about without ever putting their dreams into action. But even Jaffe knows what it's like to have unfulfilled dreams – his original career choice was that of a movie director, having applied to the film program at the University of Southern California, but was never accepted. It was then that he set his sights on directing digital players instead of actors in the world of video game design.

Since then, Jaffe has made his digital mark on the world of video games. He is most famous for directing games such as the Twisted Metal series and God of War. As a video game designer, Jaffe breaks the mold somewhat by interacting directly with fans, via his blog and social networking sites such as Twitter. This has led to some controversial incidents, such as Jaffe's concern over the legal ramifications of ideas for video games submitted via Twitter, and a profanity laden tirade against a reviewer for one of his games.