David Hockney net worth: David Hockney is an English painter, draughtsman, printmaker, stage designer and photographer who has a net worth of $150 million. In November 2018, Hockney became the most expensive living artist in the world after one of his paintings sold for $90.3 million. Earlier in 2018 another one of his paintings sold or $28.5 million.

He was born on July 9, 1937 as the fourth of five children. Hockney was born with synesthesia, and sees synesthetic colors in response to musical stimuli. He was educated at the Royal College of Art in London and was featured in the exhibition "Young Contemporaries" that announced the arrival of British Pop art. Hockney is openly gay, and unlike Andy Warhol, who he was friends with for many years, explored the nature of homosexuality in his portraits. He is also known for making prints, portraits of friends and stage designs for the Royal Court Theatre, Glyndebourne, La Scala and the Metropolitan Opera in New York. Many of Hockney's works are housed in Salts Mill, in Saltaire, near his hometown in Bradford, England. Writer Christopher Irsherwood's collection is considered the most important private collection of his work and in the early 1990's, Isherwood's long-time partner, Don Bachardy, donated the collection to a foundation. Hockney has received several awards and honors for his work over the years. In 1990, he was offered a knighthood but declined. He was awarded The Royal Photographic Society's Progress medal in 1988 and the Special 150th Anniversary Medal and Honorary Fellowship (HonFRPS) in recognition of a sustained, significant contribution to the art of photography in 2003. In 2012, Queen Elizabeth II appointed him to the Order of Merit, an honor restricted to 24 members at any one time for their contributions to the arts and sciences. In 1974, Hockney was the subject of Jack Hazan's film, A Bigger Splash, named after one of Hockney's most famous swimming pool paintings from 1967.

Hockney was also the inspiration of artist, Billy Pappas, in the documentary film, Waiting for Hockney, which debuted at the Tribeca Film Festival in 2008. His work has appeared in countless books and in 2012, Hockney opened the David Hockney Foundation, which helps to further the education of the public in the appreciation of art and in particular, the creative art of the times. 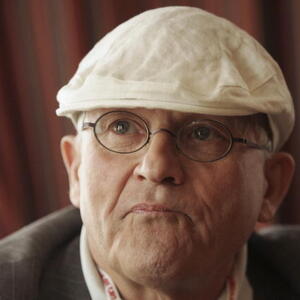