David Bromstad Net Worth: David Bromstad is an American designer and television personality who has a net worth of $2 million. David Bromstad was born in Cokato, Minnesota in August 1973. David wanted to be a Disney animator and attended the Ringling College of Art and Design in Sarasota, Florida.

He did work for Disney but was laid off. After that he started his own company called Bromstad Studio which designed fantasy bedrooms for kids. He moved to Miami Beach, Florida and auditioned for HGTV's reality show competition Design Star in 2006. Bromstad beat nine other contestants and won the grand prize of a car and the chance to host his own HGTV show. Since 2007 he has hosted the HGTV series Color Splash. He appeared on the second season of HGTV Design Star as a guest judge and to provide moral support for the finalists. He appeared on the program again in 2012 as a host and mentor. David contributes a weekly blog at HGTV and is a spokesperson for Mythic Paint. From 2009 to 2010 he hosted the show Bang for Your Buck and in 2010 he hosted First Time Design. 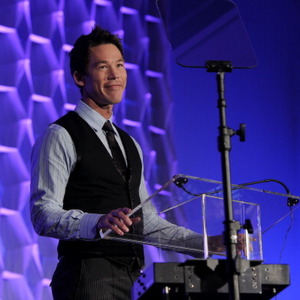