Dale Chihuly Net Worth: Dale Chihuly is an American glass sculptor and businessman who has a net worth of $10 million. Chihuly earned his net worth by creating award-winning sculptures over a 40 year period. 'Cylinders and Baskets', 'Seaforms, Macchia, Venetians and Persians', 'Niijima Floats' 'Chandeliers' and 'Fiori' are just the few of the artwork that put Chihuly's name on the map.

To date, his work is shown in over 200,000 renowned museums worldwide. Museums included Palais De Louvre in Paris, Victoria and Albert museum in London and Tower of David museum, where over a million visitors attended to view his work. In addition to this Chihuly's work was exhibited at Royal Botanic Gardens in Kew. The Washington-born artist was first introduced to glass sculpture whilst studying interior design at University of Washington. He further quenched his interest in the subject by working in a glass factory in Venice in the late sixties, where he learned the fine art of glass blowing. By the early seventies, Chihuly co-founded Pilchuck Glass School in Washington and through this glass center, he quickly became the pioneer of developing glass as a fine art. As a pioneer in glass sculpturing, Chihuly received several awards, including eleven honorary doctorates and two fellowships from the National Endowment for the Arts. 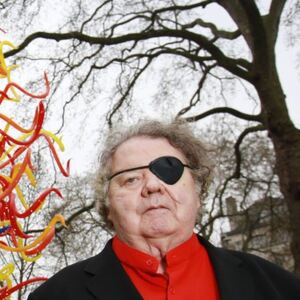