Cynthia Rowley net worth: Cynthia Rowley is an American fashion designer who has a net worth of $100 million dollars. Cynthia Rowley was born in Barrington, Illinois. One of her grandparents famously designed the logo for Pabst Blue Ribbon beer.

Cynthia graduated from the School of the Art Institute of Chicago. She founded her own fashion line in the early 80s, with a $3,000 loan from one of her grandmothers. While her first fashion show was not a success – none of the fashion editors or celebrities she invited chose to attend – she persevered.

In 1988, her company, the Cynthia Rowley Collection, incorporated, and went on to become incredibly successful. Once only a women's clothing line, the Cynthia Rowley collection now includes accessories, shoes, cosmetics, perfume, handbags, and eyewear. She has stores of her own in New York, Chicago, Boston, Japan, Hong Kong, and Taiwan. There are plans to open additional stores in Asia in the coming years. She is a recipient of the Perry Ellis Award for New Fashion Talent. In addition to her design work, she has also published four books, and served as a guest judge on multiple fashion-related reality shows.

Personal Life: Cynthia's first husband Tom Sullivan died of brain cancer in 1994 at the age of 32. Her next marriage was to a Brooklyn-based sculptor named William Keenan Jr. They had a daughter, Kit Keenan, in 1994. In 2021, Kit earned some national fame after appearing on the reality show "The Bachelor".

Cynthia Rowley Real Estate: In March 2019 Cynthia sold her West Village townhouse in New York City for $14 million. She bought the property in 2014 for $11 million and had been using it as a live-work space for her brand. She originally was seeking $18 million. Cynthia owns at least two other properties in New York City according to public records. 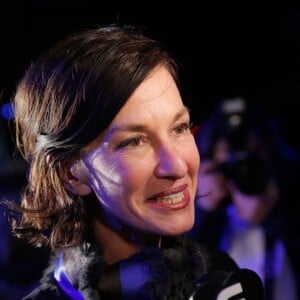