Cliff Bleszinski Net Worth: Cliff Bleszinski is a video game designer and former design director of the game development company Epic Games who has a net worth of $16 million. Cliff Bleszinski has accumulated his net worth through his creativity in the designing of popular video and pc games, such as Gears of War for Xbox 360.

Born Clifford Michael Bleszinski on February 12, 1975, in North Andover, Massachusetts, USA, he made a name for himself for his work on the development of the Unreal franchise, particularly 1999's Unreal Tournament and the Gears of War franchise. An avid gamer himself, Cliff created his first commercial game at the age of seventeen while he was still studying at Bonita High School in La Verne, California. The game was an independently developed point-and-click adventure called The Palace of Deceit: Dragon's Plight. Bleszinski released his gaming creation in 1991 through his own company, Game Syndicate Productions, and also sent a copy of the game to Tim Sweeney, the founder of Epic Games (then known as Epic MegaGames). Fascinated by the game, Sweeney brought Bleszinski onboard at Epic. There, Cliff Bleszinski displayed his talent even more in the development of his subsequent games Dare to Dream (1993), Jazz Jackrabbit (1994) and Jazz Jackrabbit 2 (1998). Also, he would assist the creation of numerous spin off games like Jazz Jackrabbit: Holiday Hare. But it was his involvement in designing the first-person shooter Unreal, that brought Bleszinski the greatest success. Actually, it was by far the most ambitious project Epic had ever undertaken. From the concept of the game in late 1994 to its release in May of 1998, the company directed all of its talent and money at Unreal and it all paid off in the end. Then followed another success story with the Xbox 360 shooter Gears of War (2006) and its sequel Gears of War 2 (2008). After spending 20 years with Epic, Cliff announced his departure in October of 2012. 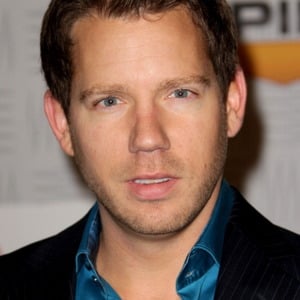