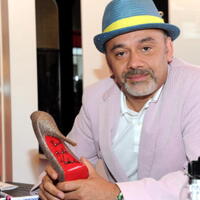 What is Christian Louboutin's net worth?

Christian Louboutin is a French-Egyptian fashion designer who has a net worth of $1.6 billion. Christian Louboutin is best known for designing women's stiletto shoes that feature a signature red, lacquered sole. Over the years the brand has expanded to menswear, beauty products, leather goods, purses and more. Today the brand has 150 boutiques around the world and generates hundreds of millions per year in revenue.

Christian Louboutin was born on January 7, 1963 in Paris, France. As a child he noticed he appeared much darker-skinned than his sisters. Later in life he would discover that he was in fact the child of an Egyptian man with whom his mother had been having an affair.

Christian first began designing shoes as a teenager. Instead of doing homework, he would make sketches of his shoe ideas. He is said to have been first drawn to shoes in 1976 after seeing a sign that banned stilettos from entering a certain building, so that they would not damage the hardwood floors. Louboutin said he later used that sign in his shoe designs, wanting to "Create something that broke rules and made women feel confident and empowered."

He also appeared in various French films which allowed him to make friends with various designers backstage.

In 1991 he partnered with Bruno Chambelland to launch a brand with a small salon in Paris. That same year Princess Caroline of Monaco wore a pair to a gala, launching his brand to the stratosphere. His famous red-soled shoes almost single-footedly made stiletto shoes popular throughout the late 90s and early 2000s. During this time he designed a number of shoes that hosted heels that were 4.72 inches or higher, with the goal of making women's legs look longer.

Louboutins are known to be favorites of various celebrities, including Danielle Steel, who is said to own more than 6,000 pairs of his shoes. She is reputedly his biggest client in the world, regularly purchasing more than 80 pairs at a time.

The shoes were prominently featured on the HBO series "Sex and the City". Other celebrity fans include Lady Gaga, Eva Longoria and Angelina Jolie. 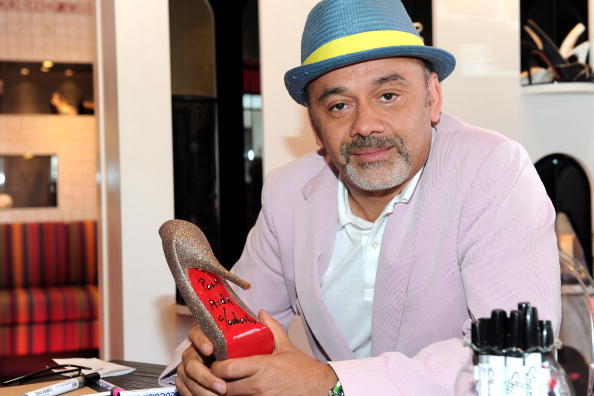 Over the years, Louboutin has waged a number of legal battles in an effort to protect its famous red soles. In 2012 a United States federal appeals court rules in favor of the company, granting it a protective trademark for using its signature red – which is called "China Red", if it's used on the sole. The same court rejected a claim against rival Yves Saint Laurent for selling a shoe that was entirely red. In 2018 Louboutin won a battle in a European court that granted it protection in the European Union against shoemakers who make any kind of red-soled shoe.

On March 8, 2021 it was announced that Christian had sold a 24% stake in his privately-held company to an investment firm called Exor for $643 million. Exor is controlled by the billionaire Agnelli family of Italy, which owns large stakes in Ferrari, Peugeot, Fiat and the Juventus football club.