Chrissy Lampkin net worth: Chrissy Lampkin is an American reality television star and designer who has a net worth of $300 thousand dollars. Born in the United States, Chrissy Lampkin's home life was not particularly stable, and she was sent to live with her grandmother as a child. She was known for being quite bright and independent, and she later caught the attention of rapper Jim Jones, who subsequently became her boyfriend. Always interested in fashion, she began designing clothes for Jim. She later began to re-design his recording studio, and this led to a burgeoning career in interior design, as well. Chrissy Lampkin gained national notoriety as a member of VH1's reality series, "Love and Hip Hop". In late 2011, she became engaged to Jim Jones after a lavish surprise engagement that involved the entire cast of Love and Hip Hop, as well as multiple family members, and a trip to Miami. Lampkin starred on the first two seasons of the series Love and Hip Hop: New York. She also starred on the reality spin off TV series Chrissy and Mr. Jones which ran for two seasons and 16 episodes from 2012 to 2013. In 2016 the couple starred in another reality TV series called Jim & Chrissy: Vow or Never. She was also an executive producer for the series Chrissy & Mr. Jones.

Home Foreclosure: In 2006 Jim and Chrissy bought a home in New Jersey for $680,000 with a 6.875% interest rate. That gave them a monthly mortgage payment of around $4,500. According to a lawsuit filed by the National Bank Association in 2017, the couple stopped making payments in 2010 and their debt reached $1.24 million with interest. The bank eventually foreclosed on the mansion and sold it 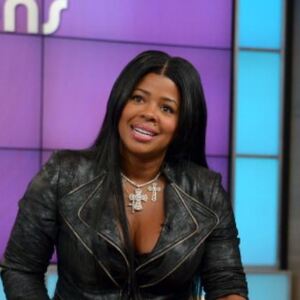