Chiara Ferragni net worth: Chiara Ferragni is an Italian blogger and fashion designer who has a net worth of $10 million. Chiara Ferragni was born in Cremona, Italy in May 1987. She has worked as a model and spokesperson for Guess. Ferragni is known as The Blonde Salad which is also the name of her blog and her first published book.

She started her fashion blog in 2009 and was named "One of the biggest breakout street-style stars of the year" by New York magazine in 2001. She was profiled in Teen Vogue as Blogger of the Moment while she attended Bocconi University. By the end of 2014 Ferragni had almost 3 million followers on Instagram. Her Italian language eBook The Blonde Salad was published in December 2013. She designed a shoe collection with Steve Madden in 2013 and she has also collaborated with Louis Vuitton, Christian Dior, Chanel, Max Mara, and Tommy Hilfiger. She appeared as a guest judge on the television series Project Runway in 2014 and was listed in the Forbes 30 Under 30 in 2015. She became the first fashion blogger to appear on a Vogue magazine cover in April 2015. 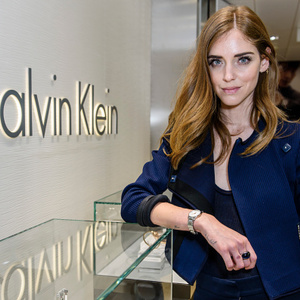