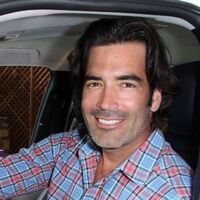 From a young age, Oosterhouse took an interest in carpentry. By the time he left school, Oosterhouse moved to Los Angeles in pursuit of a television and film career. His carpentry skills proven to be very useful, as he eventually landed a part on TLC show, Trading Spaces in 2004. He quickly became a household name, appearing as a home improvement expert on daytime shows including The Today Show, CBS Early show, Oprah Winfrey show, CNN and Entertainment Tonight. In 2007, Oosterhouse has his own home improvement shows, Carter Can and The Inside Job, a spin-off show to Carter Can. The pinup carpenter also currently hosts HGTV's Red Hot and Green and Million Dollar Rooms. Like his carpentry, Oosterhouse put his looks to good use: He was a model appearing in campaigns for Nivea, Hewlett Packard, Muller Light, Bud Light and Gillette – and his good looks haven't gone unnoticed as he was named one of the sexist man on TV by People magazine, Inside TV magazine and Cosmogirl.

Personal Life: Carter married actress Amy Smart in 2011. They have one child together.