Candice Olson net worth: Candice Olson is a Canadian interior designer and reality television personality who has a net worth of $10 million dollars. Candice Olson lives in Toronto, and attended the University of Calgary. She ultimately graduated from the School of Interior Design at Ryerson University. After graduation, she worked for a high-end design firm in Toronto, before launching her own company in 1994.

Her company, Candice Olson Design, focuses on residential and commercial design. She began hosting the W Network series, "Divine Design" in 2001. It quickly gained legions of fans, and was subsequently picked up by HGTV for broadcast in the United States. It currently has 90 million viewers. She is also the host of "Candice Tells All", which began airing in early 2011. She has written two books, "Candice Olson on Design: Inspiration and Ideas for Your Home" and "Candice Olson: Kitchen and Bathrooms". She also has a line of home décor products. 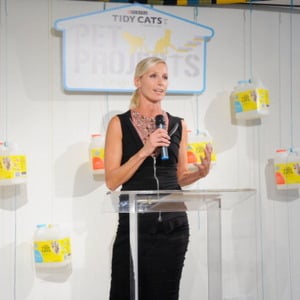