Bobby Trendy net worth: Bobby Trendy is an American interior decorator, fashion designer, real estate investor and television personality who has a net worth of $25 million. He gained fame after appearing on reality television series "The Anna Nicole Show" from 2002 to 2004.

Bobby Trendy was born Raymond John Muro in Valencia, California on May 22m 1979. At the age of 17 he moved to Beverly Hills to pursue a career in fashion design. He started out buying products and fixtures from stores that were going out of business. He would then sell them in his own store. His first store was called Fuel. After two years, the landlord announced he was selling the building and offered Raymond $50,000 to break the lease early. Raymond accepted. Around this time he started going by the name "Bobby Trendy".

After vacating his Beverly Hills location Bobby set up in West Hollywood. He soon picked up very wealthy residential clients and some large commercial clients. For example, one of his earliest orders was from The Grove of Anaheim shopping center. The Grove made a $500,000 order to decorate its theater.

Bobby would periodically pop up on reality shows and in local LA news segments about fashion and interior design. He came to the attention of Anna Nicole Smith and producers at the E! network after appearing on an episode of "E!'s Celebrity Homes". When Anna's show premiered in 2002, Bobby was tapped by producers and Anna to decorate her new home as part of the show's plot.

He has also appeared in episodes of the TV version of Howard Stern's radio show, "Merge", "Queer Edge with Jack E. Jett", "In the Cutz, Gimme My Reality Show!"," The Gossip Queens, Taildaters", and "Yes, Dear". He won an Emerging Designer of the Year Award from the Entrepreneurs on the Move. Trendy organized a candlelit shrine shortly after Britney Spears was admitted to Cedars-Sinai hospital.

The properties reportedly have no mortgage and generate $50,000+ per month in rent. 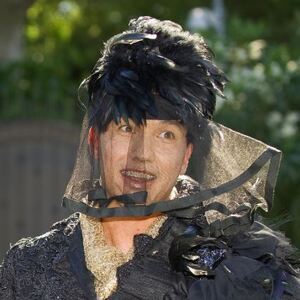