Bobby Berk net worth and salary: Bobby Berk is an American interior designer and reality television personality who has a net worth of $6 million. He is best known for starring on the Netflix television series "Queer Eye" which launched in 2018.

Bobby Berk was born in Texas in August 1981. Berk moved to New York City with only $100 in his pocket in 2003 and worked in retail. He worked his way up to creative director of high-end home furnishing company Portico. He launched his online store Bobby Berk Home in 2006 and later formed Bobby Berk Interior + Design. He has also appeared in episodes of the TV series WGN Morning News, Megyn Kelly Today, The One Show, Loose Women, and Today. Bobby Berk began starring in the television series Queer Eye on Netflix in 2018. He lives in Los Angeles, California and has stores in New York City, Miami, Atlanta, and more.

Real Estate: In 2019 Bobby paid $1.4 million for a home in LA's Los Feliz neighborhood for $1.4 million. He listed this home for sale in October 2020 for $1.7 million. The sale comes not long after Bobby and his doctor husband Dewey Do paid $2 million for a new home in LA. 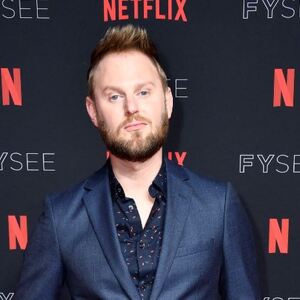