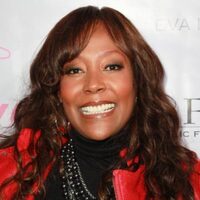 Baroness Monica von Neumann net worth: Baroness Monica von Neumann is an American businesswoman who has a net worth of $100 million dollars. Baroness Monica von Neumann, also known as Monica Ford, was born in Detroit, Michigan and moved to Los Angeles, California with her mother when she was five years old. Originally focused on a career as a dancer, she toured with Nina Simone and Devo, among other music stars. She subsequently met and married Baron von Neumann and moved to Switzerland, where she spent the early years of the marriage studying the history of the Austro-Hungarian Empire, learning the language, and attending finishing school. She works with multiple charitable organizations and youth initiatives, and runs her own luxury home décor company called, Baroness von Neumann. She has one daughter and currently splits her time between Los Angeles, New York, and Geneva. She is rumored to be one of the new cast members of "The Real Housewives of Beverly Hills".