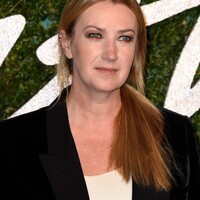 Anya Hindmarch net worth: Anya Hindmarch is an English fashion designer who has a net worth of $20 million dollars. Anya Hindmarch was born in Maldon, Essex, England in 1968. Anya attended New Half School in Chelmsford, Essex. In 1987 she founded Anya Hindmarch as a sole proprietor. In 1996 she incorporated her company as ASHS Ltd. She serves as the Chairman, CEO, and Creative Director. In 2001 she appointed James McArthur CEO but maintained Chairman and & Chief Creative Officer. In 1993 Anya opened her first shop on London's Walton Street. Her first standalone international store was opened in 1995. She was awarded Designer of the Year by the British Fashion Awards in 2001. In 2004 she launched the Anya Hindmarch ecommerce website. She was awarded the Designer of the Year by Glamour magazine in both 2006 and 2007. In 2007 Anya started to design the gift bags given out at the Vanity Fair Oscars party. She became a trustee of the Royal Academy in 2008. Hindmarch was awarded a Member of the Order of the British Empire in 2009. The same year she launched Anya Hindmarch Bespoke. In 2011 Anya was appointed non-executive director of the British Fashion Council. In 2012 Hindmarch became the first fashion accessories brand to have a show devoted to handbags at the London Fashion Week. She opened up her flagship New York store on Madison Avenue in 2013.