Alexander Wang net worth: Alexander Wang is an American fashion designer who has a net worth of $50 million. He served as the Creative Director of French fashion brand Balenciaga from 2012 to 2015 and now runs his own eponymous brand that has become highly successful.

Alexander Wang was born in San Francisco, California in December 1983. He is known for his urban designs. Wang designed a collection using black in 2008 but then began using bright colors including orange, aqua, dusty purple, and hot pink in 2009 although he has gone back to mainly black fabrics. Wang began studying design at 15 and moved to New York City to attend Parsons School of Design at 18. He launched his own fashion label and won the CFDA/Vogue Fashion Fund for his women's ready to wear collection. He launched women's T by Alexander Wang in 2009 and then Men's T by Alexander Wang in 2010. His lines are carried in more than 700 stores including Barney's New York, Bloomingdale's, Bergdorf Goodman, Neiman Marcus, Saks Fifth Avenue, and more. Alexander Wang served as creative director at Balenciaga from 2012 to 2015.

Real Estate: In 2016 Alexander paid $8 million for a home in New York City's West Chelsea neighborhood. He previously owned a a country home in Westchester County, NY which he sold in 2020 for $1.85 million, a slight profit over what he paid. 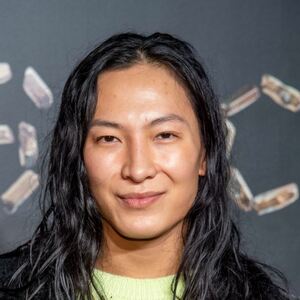