What was Alexander McQueen's Net Worth?

Alexander McQueen was a British fashion designer and couturier who had a net worth of $30 million at the time of his death. Tragically, he committed suicide in February 2010. He first earned fame and success as the Chief Designer of the fashion house Givenchy from 1996 to 2001. He also founded the highly-successful Alexander McQueen fashion brand. During his life he was named British Designer of the Year four times (1996, 1997, 2001 and 2003). In 2003 he also won the CFDA's International Designer of the Year. He was one of the first designers to use Indian models and was known for his often dramatic and extravagant catwalk displays.

Lee Alexander McQueen was born on March 17, 1969 in Lewisham, London, England to mother Joyce and father Ronald. McQueen had five siblings and was the youngest of the bunch.

McQueen, called "Lee" by family and friends, recognized his homosexuality at an early age. He was was teased extensively about his homosexuality by schoolmates. At age 16, McQueen dropped out of school and found work on Savile Row, a street in London's Mayfair district famous for offering made-to-order men's suits. He worked first with the tailor shop Anderson and Shephard then moved to nearby Gieves and Hawkes. From there he changed to working with theatrical costumes and even made the move from London to Milan, Italy where he worked as a design assistant to fashion designer Romeo Gigli. He later returned to London where he attended the Rosetta Art Centre, led my Yvonne Humble, who also wrote a reference for Alexander that got him into the MA fashion course at Central Saint Martins College of Art and Design. He received an M.A. in fashion design in 1992.

A big early success happened in 1996 when Alexander was hired to design the wardrobe for David Bowie's 1996-1997 world tour. McQueen famously designed the Union Jack coat that Bowie wore on the cover his 1997 album "Earthling".

Alexander did iconic work for Icelandic singer Björk, including her "Homogenic" album cover in 1997, directing the music video "Alarm Call" and contributing the topless dress for her video "Pagan Poetry".

McQueen's early runway collections developed his reputation for controversy and shock tactics, earning the title "l'enfant terrible" and "the hooligan of English fashion", with extremely low-cut pants aptly named "bumsters" and a collection titled "Highland Rape". McQueen was known for his lavish, unconventional runway shows: a recreation of a shipwreck for his spring 2003 collection; spring 2005's human chess game; and his autumn 2006 show "Widows of Culloden", which featured a life-sized hologram of supermodel Kate Moss dressed in yards of rippling fabric.

Alexander's "bumsters" later spawned a trend in low-rise jeans and his preference of using skulls in his designs created a hugely popular and celebrity must-have scarf that bears the motif and was copied throughout the world.

McQueen's first collection with Givenchy was unsuccessful, however, McQueen saw great success with his infamous runway show previewing Givenchy Spring/Summer 1999. All Givenchy designs released by Vogue Patterns during this period are credited to Alexander.

VOSS, the 2001 Spring/Summer collection was one of Alexander's most celebrated and dramatic catwalk shows and featured writer Michelle Olley as the main model, as well as an intricate and enormous glass box. VOSS was later added to the Alexander McQueen exhibit titled "Savage Beauty" at Metropolitan Museum of Art in New York.

In December 2000, the Gucci Group's acquired 51% of McQueen's company, with McQueen serving as the Creative Director, and expanded store openings to London, Milan, and New York, as well as launching Alexander's perfumes "Kingdom" and "Queen." 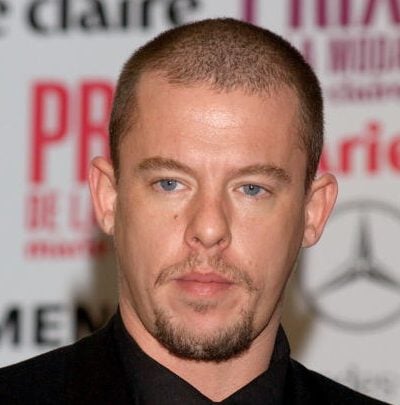 In 2005, McQueen collaborated with Puma to create a special line of trainers for the shoe brand. In 2006, Alexander launched "McQ", a more modern and lower-priced line for men and women.

McQueen became one of several designers to participate in MAC's promotion of cosmetic releases created by fashion designers. The collection was released on October 11, 2007 and reflected the looks used on the Autumn/Winter McQueen catwalk created by makeup artist Charlotte Tilbury. The inspiration for the collection was the 1963 Elizabeth Taylor movie "Cleopatra".

McQueen, called "Lee" by his friends, was openly gay. Alexander recognized his homosexuality at an early age and came out to his family at the age of 18. McQueen was also HIV positive.

In 2000, McQueen had a marriage ceremony with his partner George Forsyth, a documentary filmmaker, on a yacht in Ibiza. As same-sex marriage was not legal in Spain at the time, the marriage was not deemed legal. The couple ended their relationship two years later, but they maintained a close friendship.

McQueen was an avid scuba diver and used his passion as a source of inspiration in his designs, including spring 2010's "Plato's Atlantis". Much of his diving was done around the Maldives.

After the death of English magazine editor and friend, Isabella Blow, followed by the death of his mother just two years later, Alexander reportedly entered a deep depression that ultimately culminated in his own suicide.

On February 11, 2010, just nine days after his mother passed away from cancer, Alexander was found by his housekeeper, hanged at his home in London.

At the time of his death, friends noticed that Alexander was unhappy and doing a lot of drugs. McQueen left a note that read "Look after my dogs, sorry, I love you, Lee".

The BBC reported that McQueen had reserved £50,000 of his wealth for his dogs so they could live in luxury for the rest of their lives. He also left £100,000 each to four charities including the Battersea Dogs and Cats Home in South London, and the Blue Cross animal welfare charity in Burford, Oxfordshire.

In November 2016, Alexander's London penthouse was listed for sale for $10.6 million. He purchased the property in 2009 for $3.2 million. This is actually not the location where he was found dead. That was another flat he owned nearby. At the time of his death, the penthouse was under going a major renovation and was not yet livable. 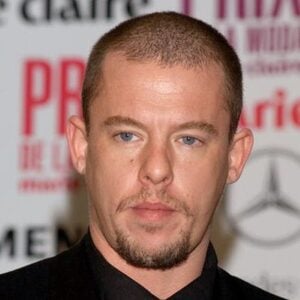