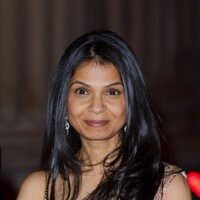 What is Akshata Murty's net worth?

Akshata Murty is an Indian heiress, investor and fashion designer who has a net worth of $800 million. Akshata Murty's husband Rishi Sunak is a British politician who, as of this writing, is the front-runner to become the next Prime Minister of the United Kingdom. The couple's wealth is almost entirely attributable to Akshata. Akshata's wealth comes from a 0.93% stake in India's second-largest IT company Infosys, which was founded by her father N.R. Narayana Murthy. If Rishi does indeed become Prime Minister of the U.K., it will be the first time in history that the PM is actually richer than the sitting monarch, in his case King Charles.

In 2022, as her husband's profile expanded during the July 2022 Prime Minister shakeup, it was revealed that Akshata owns 0.93% of Infosys, approximately 39 million shares of the publicly-traded company. Furthermore it was revealed that in the previous year Akshata earned $14 million worth of dividends from the company.

Infosys is the second-largest Information Technology firm in India. The publicly-traded company (NYSE: INFY) generates $16 billion per year revenue and $4 billion in profits. As of this writing the company's market cap is $80 billion but in recent times the valuation has been north of $100 billion. Using a $80 billion market cap, Akshata's 39 million shares are worth around $744 million. At the end of 2021, when the British pound was trading at healthy levels against the dollar AND when Infosys' market cap was north of $110 billion, Akshata's stake made her US-dollar billionaire on paper.

Akshata's father, N.R. Narayana Murthy (the spelling of the last name is different for the father) is worth $4.6 billion. That makes him one of the 15 richest people in India. Akshata has one brother, Rohan Murty. 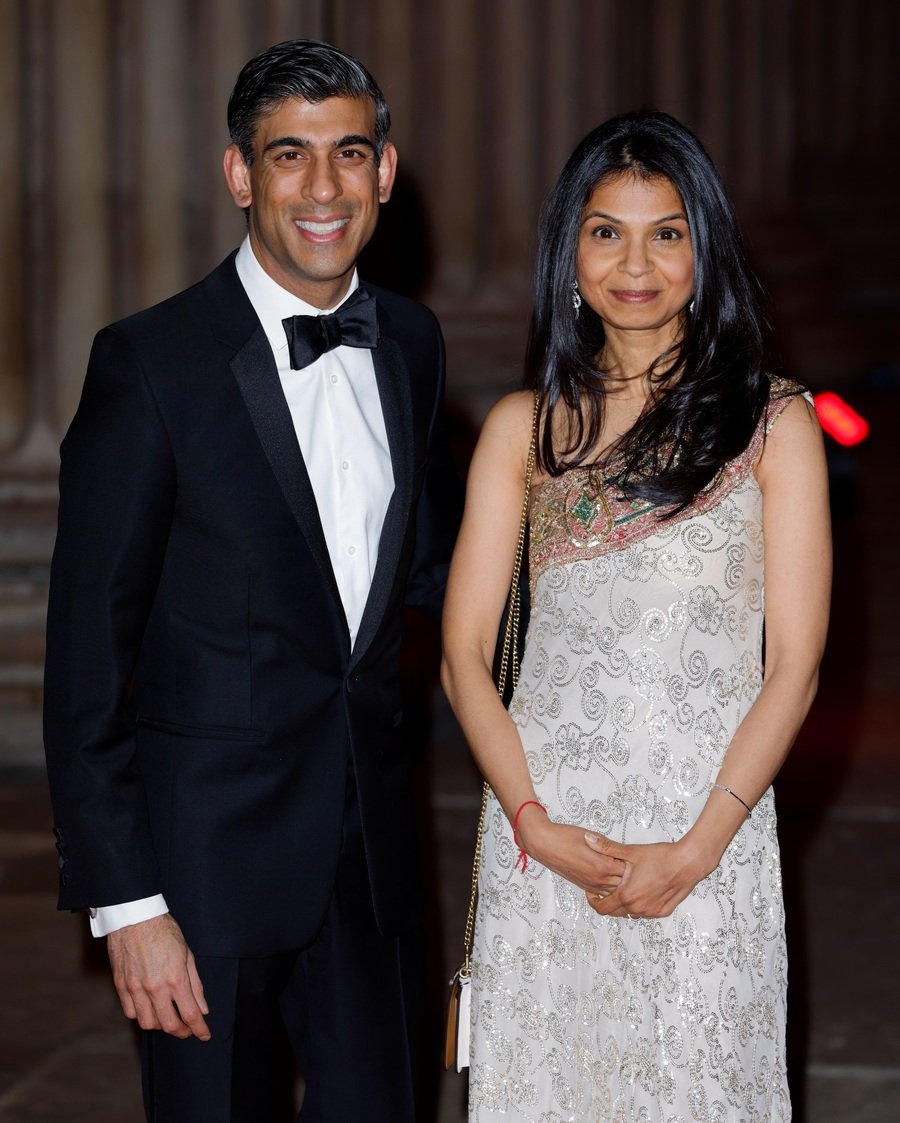 Akshata Murty was born in April 1980 in Hubli, India. Her mother Sudha was the first female engineer hired by India's largest car maker, TATA Engineering and Locomotive Company. Sudha got the job after writing a letter TATA's Chairman in which she complained that the company had zero female engineers. The letter landed her an interview and then a job. Today Sudha is a philanthropist and member of the Gates Foundation.

Akshata attended the prestigious Baldwin Girls' High School in Bangalore then earned an undergraduate degree in French and Economics from Claremont McKenna College in California. While in California she also earned a degree in clothes manufacturing from the Fashion Institute of Design & Merchandising.

In 2006 she enrolled in Stanford University's MBA program. One of her fellow grad students at Stanford was her future husband, Rishi Sunak. They married in 2009 and today have two daughters.

Over the years Akshata has launched a number of ventures notably a fashion label, which closed in 2012.

In 2013 she and Rishi co-founded a hedge fund called Catamaran Ventures to manage her family money.

She has invested money into ownership stakes in two Jamie Oliver restaurants, the Wendy's fast food franchise in India and a fitness business called Digme Fitness.

Technically speaking, Akshata is an Indian citizen who is considered a "non-domiciled UK resident." As such, she is not required to pay income tax on money earned by ventures outside of Britain, for example the annual $14-20 million dividends paid to her by Infosys,

Akshata and Rishi have been married since 2009 and have two daughters, Krishna and Anoushka.

Rishi Sunak and Akshata Murty own an estimated $20 million worth of real estate around the world.

The couple's primary home is a a 5-bedroom mansion in Kensington, West London. This property alone is worth $10 million.

On weekends they retreat to a country estate called Kirby Sigston Manor. Located in North Yorkshire, England, the estate is a grade II National Heritage manor that dates back to 1826. The family bought the manor in 2015 for 1.5 million pounds. After buying the property, they spent an additional 400 thousand pounds converting parts of the property into a wellness retreat with a modern pool, spa and gym. They reportedly spend around $20,000 per year just to heat the pool, which is 50 by 16 feet.

Out in California, where Rishi spent several years running a hedge fund, the couple continue to own a $7 million penthouse apartment in the beach side community of Santa Monica.