What is Viktor Bout's Net Worth?

Viktor Bout is an arms dealer from Russia who has a net worth of $50 million. Viktor Bout allegedly used his numerous air transport companies to smuggle potentially billions of dollars worth of weapons from Eastern Europe to the Middle East and Africa following the fall of the Soviet Union. In 2008, he was arrested in Thailand on charges of terrorism, and in 2011 was convicted in the United States of conspiracy to kill US officials and citizens. Bout was subsequently sentenced to 25 years in prison. Viktor was portrayed by Nicolas Cage in the 2005 film "Lord of War."

Viktor Bout was born on January 13, 1967 in Dushanbe in what was then the Tajik Soviet Socialist Republic of the USSR. Not many other details about his origins or upbringing are known, and even his date of birth is not entirely certain.

Bout graduated from the Military Institute of Foreign Languages and served in the Soviet Armed Forces. Through his training, he became fluent in Portuguese, Persian, Arabic, English, and French in addition to Russian. Bout reportedly served as a translator for the Soviet Army due to his polyglot status. He was allegedly discharged in 1991 upon the collapse of the USSR.

Depending on the source, Bout had different positions following his discharge from the army. According to his personal website, he launched an air freight business called Air Cess that operated out of Angola. The business provided services to the US, France, and the United Nations. In 1994, Bout sent shipments to the pre-Taliban government of Afghanistan. According to other sources, Bout also spent time as a GRU major, a KGB operative, or an officer in the Soviet Air Forces.

Between 1996 and 1998, Bout reportedly smuggled many different kinds of weapons from Bulgaria to Africa, possibly with the intent of being used by UNITA in the Angolan Civil War. Meanwhile, in Liberia, he was accused of supplying warlord Charles Taylor with arms to use in that country's first civil war. Bout was also accused of arms trafficking during the Yugoslav Wars.

In 2004, Bout and his associate Richard Chichakli established an airline company in Tajikistan to carry out money laundering activities. During this time, he allegedly supplied arms to a number of groups in Africa, and also allegedly sent surface-to-air missiles to Kenya for use in an attack on an Israeli aircraft. Among his other activities, Bout was reported to have a substantial commercial presence in Libya. However, because he was constantly on the move, operating multiple companies, and often re-registering his aircraft, authorities were never able to mount a definitive case against him for arms smuggling in Africa.

Charged in the Central African Republic in 2000 for forging documents, Bout was convicted in absentia; the charges were eventually dropped. Two years later, Belgian authorities issued an Interpol red notice on Bout on charges of money laundering. However, the case was ultimately dismissed due to Bout's lack of a fixed residence and the fact that the case couldn't be prosecuted in a timely manner. In the summer of 2004, Bout's assets in the US were frozen under an Executive Order.

In early 2008, Bout was targeted by a sting operation organized by the Drug Enforcement Administration. He was subsequently arrested in Bangkok, Thailand on an Interpol red notice issued by the US. Later in the year, an extradition hearing took place in Bangkok. In August of 2009, the Bangkok Criminal Court ruled in favor of Bout; however, an appeal by the US the following year reversed the decision. As a result, Bout was extradited to the US in late 2010. This caused an uproar from the Russian government, which claimed the extradition was politically motivated and illegal. The Russian government responded by imposing sanctions on anyone involved in the extradition. 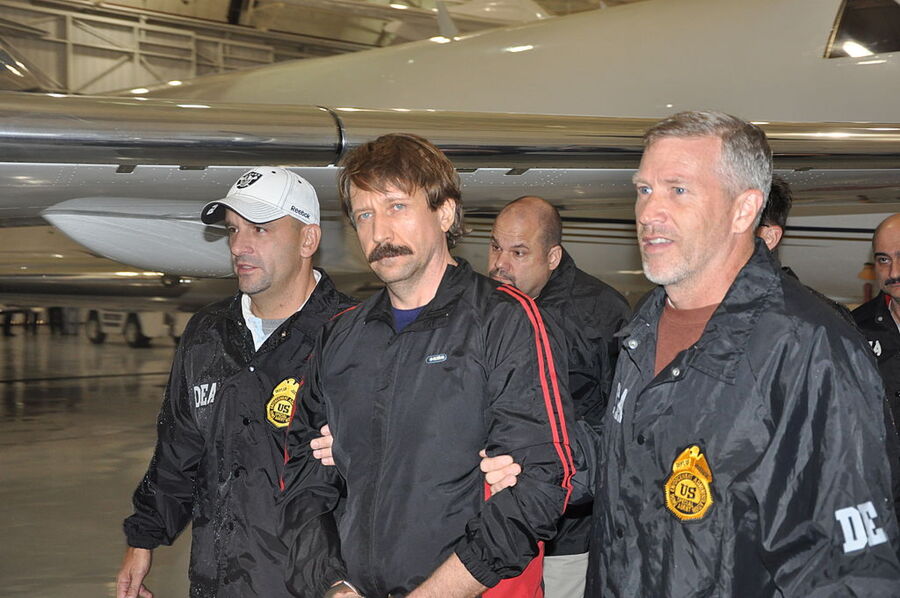 (Photo by U.S. Department of Justice via Getty Images)

Following his arrest in Bangkok, the US Department of Justice charged Bout with conspiracy to kill US citizens and officials; conspiracy to supply resources to a foreign terrorist organization; and conspiracy to deliver anti-aircraft missiles. More charges were filed against him in early 2010. Bout was ultimately convicted by a federal court in Manhattan in November of 2011. In April of the following year, he was sentenced to 25 years in prison.

In 2022, it was reported that the Biden administration had offered Bout to Russia in exchange for the release of WNBA star Brittney Griner, who was being held on charges related to drug possession.

Bout has influenced or been the subject of a number of media properties. In 2005, he was the focus of the third chapter of Nick Kochan's book "The Washing Machine." The same year, Bout allegedly served as the inspiration for the crime film "Lord of War," starring Nicolas Cage as an international arms trafficker. Bout has also been the subject of the 2014 documentary "The Notorious Mr. Bout" and episodes of the documentary series "Manhunt: Kill or Capture" and "Damian Lewis: Spy Wars." 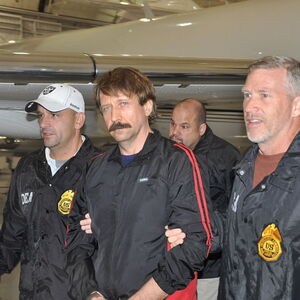