What Is Sammy The Bull Gravano's Net Worth?

Sammy The Bull Gravano is an Italian-American criminal who has a net worth of $500 thousand.  Gravano was only a teenager when he was spotted by the mafia. A former under boss of the New York City-based Gambino crime family, he became known as the man who helped the Federal Bureau of Investigation to bring down John Gotti, the notorious family boss. He did that by becoming a government witness.

Sammy The Bull Gravano was born Salvatore Gravano on March 12, 1945 in Brooklyn, New York, the youngest of three children to Giorlando "Gerry" and Caterina "Kay" Gravano, who hailed from Sicily. While growing up and in school, Gravano suffered from dyslexia and was bullied. When he was 13, he joined the prominent street gang the Rampers. He first hunted down a group of thieves who had stolen his bicycle, taking on a few people at once while Made men watched from a cafe. He got his bike back, and one of the men remarked how he "fought like a bull," resulting in his infamous nickname. He was drafted into the Army in 1964. He served in Fort Jackson, South Carolina as a mess hall cook, rising the ranks to corporal. Gravano was granted an honorable discharge after serving for two years.

Even though his father tried to dissuade him, he still opted to join organized crime at the age of 23. Initially he drifted into the Cosa Nostra (the Colombo crime family). At first, Gravano was initially involved in crimes such as armed robbery, larceny, and hijacking. Gravano quickly became a favorite of the family boss Joe Colombo. Sammy committed his first murder in 1970, killing Joseph Colucci, who had been having an affair with someone in the group's wife.

After his time as a Colombo associate, Gravano then went to work for the Brooklyn faction of the Gambino family. He played one of the key roles in the conspiracy to execute the head of the Gambino family, Paul Castellano. For his role in the killing of Paul Castellano, John Gotti promoted Gravano as an underboss. He held onto the position up to the moment he was called as a government witness against his former boss. Thus, Gravano was the highest-ranked member of organized crime in NYC to break his oath and cooperate with the prosecution. Afterwards, many other mafia members decided to ally with the government.

It was 1991 that Gravano agreed to turn state's evidence and testified against Gotti. As a result, both Gotti and Frank Locascio were sentenced to life in prison without parole. Gravano was sentenced to five years in prison, but since he had already served four, the sentence was commuted to less than a year. In 1994, Gravano was released early from prison and took part in the US Witness program. He was moved by the government to Tempe, Arizona, where he went under the name Jimmy Moran and started his own swimming pool installation company. However, he couldn't live by the rules imposed by the program, so he left the program in 1995 and moved to Scottsdale, AZ and underwent plastic surgery on his face. It was around this time that Gravano began giving many high-profile interviews. 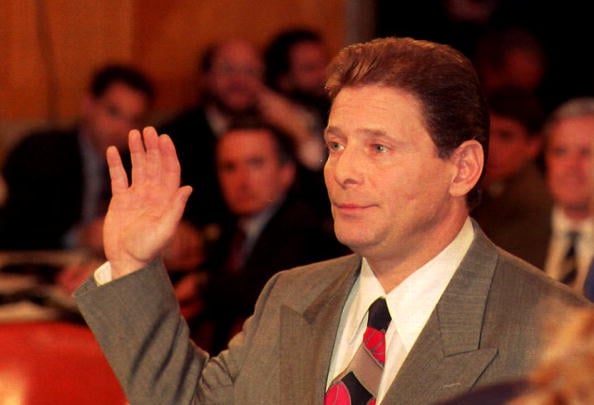 In 1997, together with author Peter Mass, he wrote the book "Underboss". Because of the book, many family members filed a multi-million dollar lawsuit. New York State also took legal action to seize Gravano's profits from the book. During the late 90's Gravano began participating again in various criminal activities, partnering with a local youth gang called the Devil Dogs. Gravano began an ecstasy trafficking ring in New York City, at one point selling over 30,00 tablets and grossing half a million dollars in just one week. He was arrested in February 2000, along with nearly 40 other ring members including his wife and daughter, on federal and state drug charges. He pleaded guilty to both charges in the summer of 2001. He was sentenced on September 7, 2002 to 20 years in prison. He served his sentence in solitary confinement At ADX Florence and was ordered to pay $805, 713 as reimbursement for court costs and the investigation. National Geographic dramatized the ecstasy ring crimes in 2013 in an episode of "Banged Up Abroad" called "Raving Arizona."

Gravano was indicted in 2003 for ordering the 1980 murder of detective Peter Calabro by Richard Kuklinski, denying involvement in Calabro's death. At the time, he had denied any involvement in Calabro's death and he rejected a plea deal that stated he would receive no additional jail time had he confessed to the crime. All charges against Gravano were dropped in 2006 after Kiklinksi's death. Gravano requested to leave prison early in August 2015 but he was denied due to his "long standing reputation for extreme violence." Initially scheduled to be released in March 2019, Gravano was released early in September 2017. He started a YouTube channel and a podcast titled "Our Thing" in December 2020. He is now somewhat of a social media star, with over 56 thousand followers on Instagram at the time of this writing.

Gravano married Debra Scitbetta in 1971, who would later be actively involved (and later indicted) in his drug ring crimes. Gravano, later in his mob career, was ordered to arrange the murder of his brother-in-law Nicholas Scibetta. The couple divorced in 1996.  Sammy and Debra had two children. Their daughter Karen Gravano appeared in 2011 on the VH1 series "Mob Wives." She released a book in 2013: "Mob Daughter: The Mafia, Sammy 'The Bull' Gravano, and Me." He was diagnosed with Grave's disease in 2002, a thyroid disorder that causes fatigue, as well as weight and hair loss.