What was Nicky Barnes' Net Worth?

Nicky Barnes was an American ex-criminal and government informant who had a net worth of $500 thousand at the time of his death. At the height of his drug trafficking career, Nicky was worth over $50 million. Nicky was portrayed by Cuba Gooding, Jr. in the 2007 movie "American Gangster."

Nicky Barnes was notorious for creating the Council, an African-American organized crime syndicate that controlled much of the heroin trade in Harlem. Barnes led the syndicate into a major drug trafficking ring. He famously appeared on the cover of "The New York Times Magazine" in June 1977 as "Mr. Untouchable". As a result of Barnes' photo, President Jimmy Carter ordered the prosecution of Barnes. He was ultimately sentenced to life behind bars in early 1978 for his drug crimes. While in prison, Barnes learned that his Council members had betrayed him, including one who was sleeping with his wife. As a result, Barnes flipped sides and began working with the government, leading to the indictment of more than 40 other alleged criminals. Because of his cooperation, Barnes' sentence was reduced to 35 years, and he was freed during the summer of 1998.  Nicky lived the rest of his life in the Federal Witness Protection program. He died on June 18, 2012 at the age of 78.

Nicky Barnes was born as Leroy Nicholas Barnes on October 15, 1933 in the Harlem neighborhood of New York City. His father, an abusive alcoholic, caused him much pain growing up, prompting Barnes to leave home early. To earn money, he began dealing drugs, and eventually developed a heroin addiction himself. Barnes went clean after spending some time in jail. Continuing to deal drugs, he was sent to prison in 1965.

While he was in prison, Barnes met Italian-American mobster Joe Gallo of the Colombo crime family, as well as heroin dealer Matthew Madonna. Gallo sought to heighten his presence in Harlem's heroin market, but lacked the personnel to work in the neighborhood's largely African-American areas. Consequently, he asked Barnes to put together a team, and the two struck up a deal. When Gallo was released from prison, he provided Barnes with a lawyer who was able to overturn his conviction on a technicality. Barnes was then released, and went on to assemble his organization of drug dealers in Harlem.

In 1972, Barnes founded the African-American organized crime syndicate the Council; he intended to use the presence of the organization to better deal with various other African-American gangsters in Harlem. The Council consisted of Barnes and six additional men: Guy Fisher, Wallace Rice, Joseph Hayden, Ishmael Muhammed, Thomas Foreman, and Frank James. Both modeled after and connected to the Italian-American Mafia, the Council negotiated local disputes among criminals and solved other issues pertaining to drug distribution. The group received its raw heroin through Matthew Madonna of the Lucchese crime family, whom Barnes had met in prison.

At the peak of its operations in the mid-to-late 70s, the Council distributed its heroin throughout New York, New Jersey, and Pennsylvania; it even sold in places as far as Arizona, and penetrated the market in parts of Canada as well. Beyond its primary drug-trade operations, the Council also hired contract killers. During this lucrative period, Barnes became Harlem's biggest and most notorious drug lord, and earned the moniker "Mr. Untouchable" for managing to successfully thwart various charges and arrests.


When Barnes was at the zenith of his drug career, his net worth was estimated to be over $50 million. He was reported to have bought hundreds of Italian shoes, jewelry, coats, and tailor-made suits, spending millions in the process. Barnes also purchased a number of car dealerships, through which he acquired such cars as a Bentley, a Maserati, a Citroën SM, and several Cadillacs and Ford Thunderbirds. To safeguard his assets, he established front companies. However, the Drug Enforcement Administration eventually caught on, resulting in the seizure of the cars.

In 1977, Barnes appeared on the cover of the New York Times Magazine as the subject of a featured article entitled "Mr. Untouchable." Refusing to let the publication use his mug shot, he posed for a new photograph in which he struck a posture of empowered self-satisfaction. President Carter was so offended by Barnes' appearance that he directed Attorney General Griffin Bell to prosecute the crime boss to the law's fullest extent. The Justice Department went on to do so, prosecuting Barnes and sentencing him to life imprisonment without the possibility of parole.

While serving his sentence, Barnes found out that his assets were not being looked after, and that the Council had ceased paying his lawyers' fees. He also discovered that one of the members of the Council, Guy Fisher, was having an affair with his mistress, which violated a Council rule prohibiting members to sleep with each other's paramours. To get a measure of retribution, Barnes decided to serve as a federal informant. In that role, he drafted a list of 109 names, including those of five Council members and his wife, whom he implicated in heroin-trade-related crimes. Barnes also helped indict 44 other drug traffickers, with 16 ultimately being convicted. He later implicated himself in a number of murders.

For cooperating with the government as a federal informant, Barnes had his life sentence reduced to 35 years. He subsequently had this reduced even further by working in prison, shaving two months off his sentence for every person he served. Ultimately, Barnes was released in the summer of 1998 after having served around 30 years. He went on to live under the US Federal Witness Protection Program. In 2007, Barnes released a memoir entitled "Mr. Untouchable: My Crimes and Punishments"; the same year, he was featured in the documentary "Mr. Untouchable."

In June of 2012, Barnes passed away from cancer. The news of his death, however, was not reported for another seven years, as he was still under witness protection when he died. 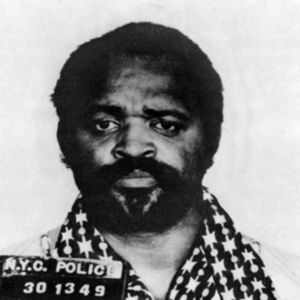