Michael Franzese Net Worth: Michael Franzese is an American former mobster and captain of the Colombo crime family who has a net worth of $1 million. Michael Franzese was born in Brooklyn, New York in May 1951. Michael is the son of the reputed Colombo underboss John "Sonny" Franzese. Michael dropped out of college to become a capo regime (captain) of a crew for the Colombo family. He was involved in the gasoline bootlegging rackets and sold millions of gallons of gas with the Russian Mafia. He was listed as #18 on Fortune Magazine's Fifty Most Wealthy and Powerful Mafia Bosses in 1986 and made more money than anyone else for a crime family since Al Capone. He partnered with booking agent Norby Walters and extorted a role for Walters in Michael Jackson's US tour. Michael co-founded Motion Picture Marketing. He was indicted on 14 counts of racketeering, counterfeiting, and extortion from the gasoline bootlegging racket in 1986 and was sentenced to 10 years in prison and $14 million in restitution. He decide to leave the Colombo family in 1989 and was released in 1989. He was sentenced to four years in 1991 for violating probation was released in 1994. His autobiography Quitting the Mob was published in 1992. He is the founder and chairman of the Breaking Out Foundation and is a motivational speaker. 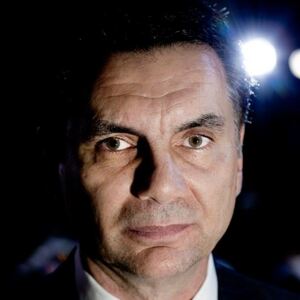