Leona Helmsley Net Worth: Leona Helmsley as an American businesswoman who had a peak net worth of $5 billion dollars. Leona Helmsley earned the nickname "Queen of Mean" due to her reputation for cruel behavior toward her employees and family. Following allegations of non-payment by contractors hired to work on her home, she was convicted of federal income tax evasion and a host of other crimes in the late 80s. Helmsley initially received a 16-year prison sentence, but had it reduced to 19 months plus two months under house arrest.

Leona was a condominium broker in 1968 when she met and began her involvement with the then-married multi-millionaire real estate entrepreneur Harry Helms Helmsley who divorced his wife of 33 years and married Leona on April 8, 1972. Together the Helmsleys built a real estate empire in New York City including 230 Park Avenue, the Empire State Building, the Tudor City apartment complex on the East Side of Manhattan, and Helmsley-Spear, their management and leasing business. The couple also developed properties that included the Park Lane Hotel, the New York Helmsley Hotel the Helmsley Palace Hotel, and hotels in Florida and other states.

Early Life: Leona Helmsley was born as Lena Rosenthal in 1920 in Marbletown, New York. Her mother, homemaker Ida, and her father, hat maker Morris, were both Polish-Jewish immigrants. The family moved to Brooklyn when Helmsley was little, and moved several more times before finally settling in Manhattan. Helmsley went to Abraham Lincoln High School, but dropped out to seek her fortune. She changed her surname numerous times over a short period, before having it legally changed to Roberts.

Hotelier Career: While working as a condominium broker in 1968, Helmsley became professionally and romantically involved with real estate entrepreneur Harry Helmsley. Two years later, she joined one of his brokerage firms as a senior vice-president. The two subsequently married. After Leona Helmsley's real estate license was suspended for forcing her tenants to buy condominiums, she focused on running her husband's growing hotel empire.

With her husband, Helmsley developed real estate in New York that encompassed 230 Park Avenue, the Empire State Building, and the Tudor City apartment complex. Other properties included the Helmsley Palace Hotel, the Park Lane Hotel, and the New York Helmsley Hotel, as well as lodging in states such as Florida. By 1989, Helmsley controlled 23 hotels in the chain. However, she gained a negative reputation for insulting and habitually firing her employees.

Tax Evasion and Trial: In 1983, the Helmsleys bought Dunnellen Hall, an $11 million Greenwich, Connecticut mansion they intended to use as a weekend retreat. Deciding to make it even more opulent, they hired contractors to install a dance floor, a mahogany card table, and a silver clock, among other remodeling that came out to around $8 million. The Helmsleys, who were already known for disputing payments, declined to pay their contractors. Consequently, the contractors filed a lawsuit. During the court proceedings, it was revealed that most of the contractors' work was illegally billed to the Helmsleys' hotels as business expenses. Falsified invoices, meanwhile, exposed the couple's efforts to avoid tax liabilities. In 1988, then-US Attorney Rudy Giuliani indicted the Helmsleys and a couple of their associates on both tax-related charges and extortion.

Due to Harry's ill health, he was ruled physically and mentally unfit to stand trial, leaving Leona Helmsley to face the charges alone. At the trial, key witnesses included Helmsley-Spear executive Paul Ruffino and housekeeper to the Helmsley home, Elizabeth Baum. The trial exposed the extent of Helmsley's micromanaging and abusive behavior, which she directed at not only employees and contractors but also family members and senior executives. Meanwhile, legal observers of the trial noted Helmsley's open hostility and arrogance, which they felt alienated the jury. In August of 1989, Helmsley was convicted of three counts of tax evasion, as well as one count of conspiracy to defraud the United States, three counts of filing false personal tax returns, 16 counts of assisting in the filing of false corporate and partnership tax returns, and ten counts of mail fraud. However, she was acquitted of the extortion charge. Her initial prison sentence was 16 years, but was reduced to 19 months after an appeal from her new lawyer, Alan Dershowitz. 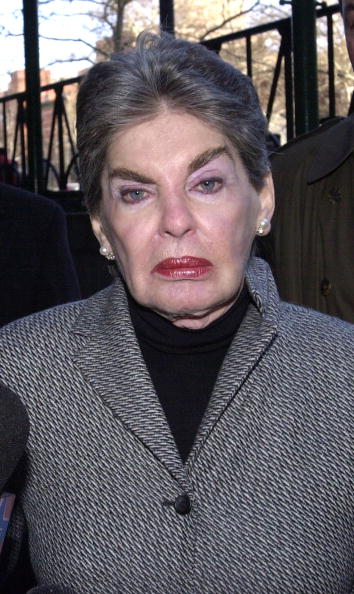 Post-Prison Years: Following her release from custody in 1994, Helmsley spent her final years largely in isolation, especially after the 1997 passing of her husband. She was left his entire fortune, which was estimated at over $5 billion, but was forced to relinquish control of most of her hotels and bars due to New York laws prohibiting a convicted felon from holding alcohol licenses. In 2002, Helmsley was sued by a former employee, Charles Bell, who claimed that he was fired solely for being gay. Helmsley was consequently ordered by a jury to pay Bell around $550,000 in damages.

Despite her reputation for tyrannical cruelty, Helmsley did make some charitable contributions in her later years. She donated $5 million to help the families of New York City police and firefighters in the wake of 9/11, and also donated substantial amounts to the New York-Presbyterian Hospital.

Personal Life and Assets: Helmsley's first marriage was in 1938 to attorney Leo Panzirer. They had a son, Jay, who gave them four grandchildren. The couple divorced in 1952. Subsequently, Helmsley twice wed and twice divorced Joseph Lubin, an executive in the garment industry. Finally, in 1972, she married Harry Helmsley, with whom she was with until his passing.

In 2007, at the age of 87, Helmsley died of congestive heart failure at her home in Connecticut. Her remains were later entombed next to her husband Harry in a $1.4 million mausoleum in Sleepy Hollow Cemetery in New York. The bulk of her estate, valued at over $4 billion, was left to the Leona M. and Harry B. Helmsley Charitable Trust. Meanwhile, a $12 million trust fund was left to her Maltese dog, Trouble; later deemed excessive, it was reduced to $2 million, with the remaining funds going to the Charitable Trust and two of Helmsley's disinherited grandchildren. 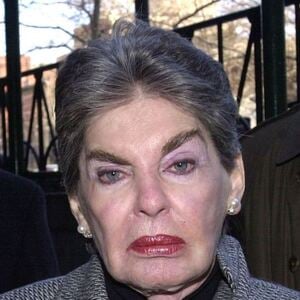