How much is John Gotti Worth?

John Gotti net worth: John Gotti was an American mobster and crime boss who had a net worth of $30 million at the peak of his criminal empire (after adjusting for inflation). He was known for evading federal charges for his offenses and given the nickname "Teflon Don" by the media. He was eventually convicted of numerous federal offenses in 1992. He was the boss of the Gambino crime family, operating out of New York City.

Wealth and Earnings: The Gambino family made hundreds of millions of dollars each year from a combination of loan sharking, construction, gambling, hijacking, and extortion. According to the book "Underboss", the Gambino crime family's annual turnover was $500 million. In the same book, Sammy the Bull Gravano claimed that in a typical year he and Gotti both earned $5 million and that in many years they both earned $10-15 million.

Early Life: John Gotti was born John Joseph Gotti Jr. on October 27th, 1940 in the Bronx, New York City, New York. He was born fifth in the order of his ten siblings, and the children grew up in poverty. His parents were born in New York, but his grandparents came from San Giuseppe Vesuviano, which is a town near the province of Naples in Italy. His father worked sporadically as a day laborer, and Gotti resented him for not being willing to work harder to provide better for the family. As an adolescent, he did not attend school regularly and acted as a bully when he did go. His criminal activity and involvement with street gangs began when he was twelve years old. When he was fourteen, he gave himself a permanent limp by injuring his foot in a failed attempt to steal a cement mixer. The machinery fell and crushed all of his toes. He attended Franklin K. Lane High School for a period but dropped out when he was sixteen and joined the mafia associated gang called the Fulton-Rockaway Boys. Among the gang's members were future Gambino mobsters Angelo Ruggiero and Wilfred "Willie Boy" Johnson, who later became an informant for the FBI.

Early Mobster Days: During his teenage years, Gotti ran errands for Gambino Family capo Carmine Fatico and carried out a number of truck hijackings at what is now the John F. Kennedy Airport. During this time, he became friendly with future Bonanno family boss Joseph Massino and met his mentor Aniello "Neil" Dellacroce. In 1968, Gotti was arrested for stealing trucks at the airport. He made bail but was arrested again after stealing a large quantity of cigarettes. He pled guilty to the charges and was sentenced to three years in the Lewisburg Federal Penitentiary along with his friend Ruggiero. The two were released in 1972 and resumed their activities with the Gambino Family. Gotti was named acting Capo shortly after he was paroled. When the nephew of boss Carlo Gambino was murdered, Gotti was one of the members of the hit squad that was tasked with killing the primary suspect, James McBratney. Their plans went awry, and they killed McBratney in public, which led to Gotti being identified then charged with murder. With the help of infamous attorney Roy Cohn, he arranged a plea bargain that resulted in a short four-year sentence.

Captain: When Carlo Gambino died in 1976, he chose Paul Castellano to be his successor rather than his underboss, Dellacroce, who was in prison at the time and could not contest the decision. Gotti was released in 1977 and became a made man in the mob. He was made capo of the Bergin crew, and they were Dellacroce's most profitable crew under Gotti. At the end of 1978, he participated in the largest unrecovered cash robbery in history, known as the Lufthansa Heist. In 1980, Gotti's twelve year old son was killed in on a family friend's minibike, and although the death was ruled an accident, the family friend was abducted and presumed murdered within a year.

Castellano was indicted in a RICO case in 1984 and chose Gotti and two others to take over as acting boss. Having always been loyal to Dellacroce, Gotti was already beginning to conspire with other mob members and the Families to take control. After Dellacroce died of cancer in 1985 and Castellano revised his succession plans again, Gotti became resolved to take Castellano out of the picture. He consulted members of the other Five Families that were in his generation, as it would have been too risky to approach the bosses themselves. The hit occurred on December 16th and early the next year, Gotti was formally decreed the new Boss. 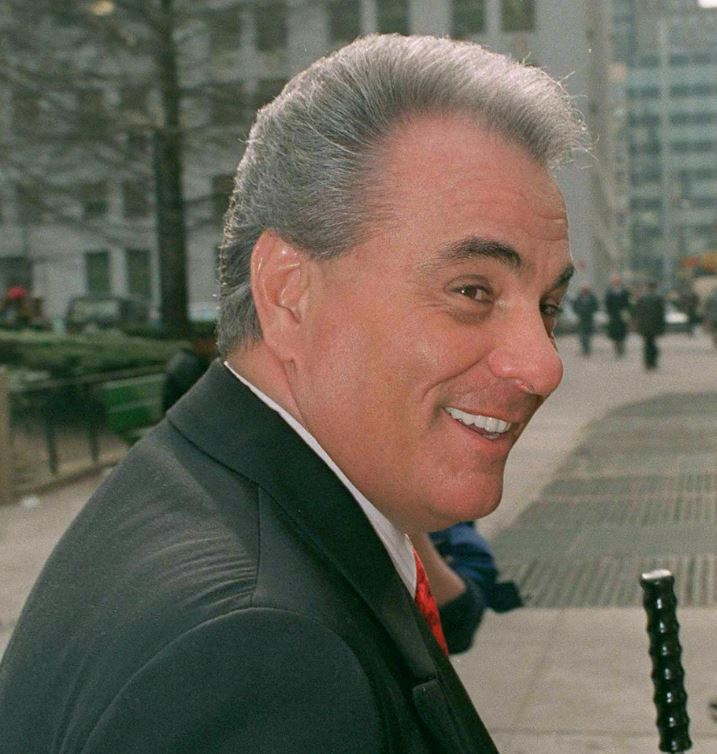 As Gambino Family Boss and Conviction: In the mid-eighties, Gotti was still facing RICO charges, but after another family carried out several bombings, his trial was delayed due to fears that the publicity would taint the jury. By the time jury selection began for Gotti's trial in August of 1986, the Gambino family had already secured an acquittal or hung jury by paying a juror $60,000. The next year Gotti was acquitted of all charges. When he was facing criminal charges, the media referred to him as Teflon Don because the justice system appeared to favor him and charges never stuck. However, it was Gotti's insistence that the group meet at the Ravenite Social Club once a week that would be his downfall, as it was bugged by the FBI. Although he would escape conviction in a 1989 assault case, he was arrested in 1990 and charged with racketeering, five murders, tax evasion, bribery, and loansharking. The FBI's tapes succeeded in causing a rift between Gotti and his underboss Gravano, who ultimately agreed to testify against Gotti. In April of 1992, Gotti was found guilty on all charges, and he surrendered himself to federal authorities in December of 1992.

Personal Life and Death: Gotti was incarcerated at US Penitentiary, Marion, which is a medium-security facility located in southern Illinois. In July of 1996 Gotti was assaulted by a fellow inmate, and he subsequently paid two members of the Ararian brotherhood between $40,000 to $400,000 to enact killings to avenge his attack. This led to the targeted individual being moved to a different facility. It was speculated that the Arian Brotherhood never intended on following through with the killings.

Gotti married Victoria in 1958, and they had five children together. Some of their children have gone on to star in various reality television shows like "Mob Wives," "The Real Housewives of New Jersey," and their own family's reality show "Growing Up Gotti." 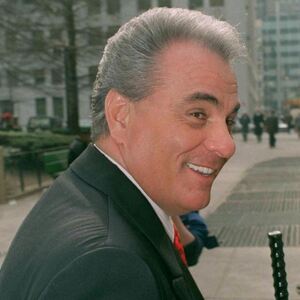