What is Joey Buttafuoco's Net Worth?

Joey Buttafuoco is an American auto body shop owner who has a net worth of $20 thousand dollars. While running his auto body shop in Nassau County, New York, he began having an affair with 16-year old, Amy Fisher. In 1992, a year after the affair began, Fisher went to his home and shot his wife, Mary Jo Buttafuoco, in the face with a semiautomatic pistol. The media covered the investigation and trial very heavily, and Amy Fisher was nicknamed the "Long Island Lolita". Joey Buttafuoco went on to serve four months and nine days in prison for statutory rape, sodomy, and endangering the welfare of a child. Since his release, and divorce, he has appeared on numerous reality shows, and has spent additional time in jail for insurance fraud and illegal possession of ammunition.

Buttafuoco began having a sexual relationship with Amy Fisher, a minor, in 1991 after she had taken her car to Buttafuoco's auto body shop in Baldwin, New York. In May of 1992, Fisher arrived at the Buttafuoco household in order to confront his wife, Mary Jo. She posed as someone else in order to get Mary Jo to open the door and then showed Mary Jo a t-shirt that Buttafuoco had given her in order to prove that the affair was occurring. After Mary Jo ordered Fisher to leave, Fisher shot her in the face with a .25 caliber semiautomatic pistol. After regaining consciousness, Mary Jo identified Fisher as the assailant.

The shooting launched an investigation and a number of subsequent court cases, all of which received a significant amount of media coverage and thrust Buttafuoco into the spotlight. Fisher became known as the "Long Island Lolita" due to her age and nature of the crime. Buttafuoco's lawyer maintained that Buttafuoco was not at all involved with Fisher and that she had invented the entire relationship. However, after Fisher was convicted of the assault, Buttafuoco was also indicted on 19 counts of statutory rape, sodomy, and endangering the welfare of a child. He then plead guilty and admitted that he had known Fisher was only 16 at the time that they met and had sex. He was sentenced to six months in jail and was released after serving four months and nine days.

Outside of the Fisher shooting, Buttafuoco has also had other run-ins with the police. In 1995, he pleaded no-contest to a charge of solicitation of prostitution and served two years on probation. In 2004, he was sentenced to a year in jail and five years of probation after pleading guilty to charges of insurance fraud. He was also prohibited from ever working in the auto body industry in California for the remainder of his life. In August of 2005, he was charged with illegal possession of ammunition. Because he is a convicted felon, it is illegal for him to ever own ammunition. He served around four months in jail after pleading no contest. 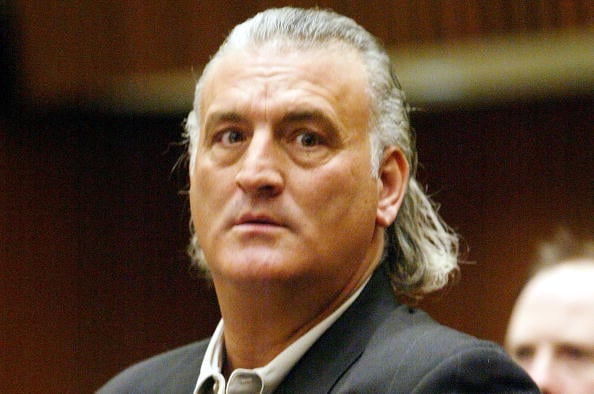 Following the Fisher shooting trial, Buttafuoco became somewhat of a minor celebrity due to the massive amount of media coverage surrounding the trial. Buttafuoco frequently appeared in tabloids and gave a number of interviews in all forms of media. His name was also mentioned often on "Late Night with David Letterman," where he became a punchline, and he was also parodied several times in "Saturday Night Live" sketches. One of the most notable "SNL" mentions involved Madonna who was performing on the show in 1993. At the end of her performance, she ripped up a photograph of Buttafuoco as a spoof on Sinead O'Connor's actiosn a year earlier in which she ripped up a photgraph of the Pope. Buttafuoco was also referenced in an episode of the popular show "Friends" as hurting the cause of people named Joey.

In 2002, Buttafuoco reappeared in the spotlight when he decided to participate in "Celebrity Boxing." He was originally supposed to box John Wayne Bobbitt but the line-up changed last minute after Bobbitt was arrested for domestic abuse. He then fought female pro wrestler, Joanie "Chyna" Laurer. Despite being booed, Buttafuoco ended up winning the fight.

In 2006, Buttafuoco reunited with Fisher at the Lingerie Bowl for the coin toss. In 2007, Mary Jo appeared on "Larry King Live" in order to discuss her ex-husband's reunion with Fisher. Two years later, in 2009, Mary Jo released a book that told the story of the shooting and her decision to remain married to Buttafuoco from her perspective. The book is entitled "Getting It Through My Thick Skull: Why I Stayed, What I Learned, and What Millions of People Involved with Sociopaths Need to Know." She has stated that she was inspired to write the book after her son described Buttafuoco as a sociopath, leading her to look up the word and realize that it appropriately described her ex-huband.

In 2009, Buttafuoco appeared on an episode of "Judge Pirro." He was successful in his attempt to sue an adult film actress for failing to pay an auto body bill. 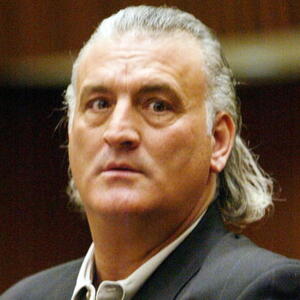