Jho Low net worth: Jho Low is a Malaysian criminal businessman who has a net worth of $150 million. Jho Low was born in George Town, Penang, Malaysia in November 1981. As of this writing, he is a fugitive wanted by Malaysian authorities for his connection with the 1MDB scandal. He is believed to be hiding out in rural China.

Jho Low gained fame as a socialite after graduating from the University of Pennsylvania's Wharton Business School. Soon after graduating, he managed to convince the Prime Minister of Malaysia to launch a sovereign wealth fund that Low would control. The resulting 1 Malaysia Development Berhad (1MDB) scandal ultimately ended with Jho Low being charged with money laundering and diverting more than $4.5 billion with other conspirators. Jho Low diverted the 1MDB money to finance an incredibly lavish lifestyle for himself and Prime Minster Najib Razak. Low acquired a lavish portfolio of real estate that included mansions all over the world, a private jet and a $250 million yacht. Along the way he funneled money to help keep Prime Minister Razak in power and his wife Rosmah stocked with hundreds of millions of dollars worth of clothes and jewelry. Jho also used the stolen money to maintain friendships with many major entertainment super stars including Alicia Keys and husband Swizz Beatz, Leonardo DiCaprio, Jamie Foxx and Miranda Kerr. He actually dated Miranda Kerr and famously gave her tens of millions of dollars worth of jewelry which she ultimately was forced to return. Through his friendship with DiCaprio he financed the movie "The Wolf of Wall Street" and today much of the film's profits have been seized by the government of Malaysia. 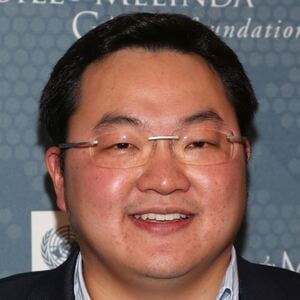