George Jung Net Worth: George Jung was an American former drug dealer who was the inspiration behind the 2001 movie "Blow", which starred Johnny Depp as Jung. At the time of his death, George Jung's net worth is minimal, but at the peak of his drug-running career, he was worth personally as much as $100 million. Jung was best known for developing a massive drug-running operation during the 70s and 80s. He was quite successful as a drug smuggler. At his peak, he was making as much as $30 million per month.

Jung is also famous for spending extremely long periods of his life in prison. One of his longest stints behind bars was a 20-year sentence that ended in his release in 2014. Unfortunately, Jung's legal woes didn't end there – he was arrested once again in 2016 for violating his parole. This led to another 5-month sentence.

Because Jung was an active member of the Medellin Cartel during his heyday, he was part of an organization that smuggled 85% of America's cocaine into the country. He was especially renowned for his ability to smuggle large quantities of cocaine into the United States from Colombia. He was known in the crime world as "Boston George" or "El Americano."

Early Life: George Jacob Jung was born on August 6th of 1942 in Boston, Massachusetts. Raised in Weymouth, he became a star football player on his high school team, and many of his classmates later attested to his strong leadership qualities. However, other aspects of Jung's life were not so promising. He struggled academically, and during his youth he was arrested by an undercover police officer for soliciting prostitution.

Despite his academic struggles, Jung managed to graduate from high school in 1961. He then attended the University of Southern Mississippi and studied advertising. During his college years, George started smoking marijuana and sold enough on the side to finance his indulgence. Jung never actually completed his studies at the University of Southern Mississippi, as the lure of drug dealing took his life in another direction.

Criminal Career: Although Jung was already selling weed from an early age, his criminal career took a more serious turn in 1967 when he decided to start smuggling large quantities of marijauana from California to New England. Initially, he used a stewardess to transport the marijuana in her suitcases. Although this was providing a solid income for Jung, he wanted more. The next phase of his drug-running career involved stealing planes from private airports in Cape Cod before using them to fly packages from Puerto Vallarta, Mexico.

George hired professional pilots to fly the drugs in, and this soon became an incredibly profitable enterprise. While his peak earnings during this period of $250,000 per month may not sound like much, it's important to remember that this was during the late 60s and early 70s. $250,000 in today's money is well over $1.5 million. Unfortunately, this operation lasted just a few years before Jung was arrested in Chicago.

At the time of his arrest, George was accused of smuggling over 660 pounds of marijuana. Jung was caught by the authorities because one of his former associates had been arrested for dealing heroin. In order to get a lighter sentence, this associate informed the authorities about the drug-running empire of "Boston George." Jung's defense in court was creative to say the least, and he challenged the judge to tell him what was so bad about crossing an imaginary line with "a bunch of plants."

After being sentenced in 1974, Jung was sent to the Federal Correctional Institution in Danbury. While serving out his sentence, George met Carlos Lehder Rivas, a German Colombian with connections to the Medellin Cartel. The two discussed various methods for smuggling drugs, and Rivas promised to introduce Jung to his associates in the Medellin Cartel when they were both released.

In 1975, the pair were free to engage in a mutual drug-running business. It was a similar operation compared to George's previous efforts, but with a few major differences. First, Jung and Rivas would be smuggling cocaine – not marijuana. Secondly, they would be smuggling the packages out of Colombia, and not Mexico. The operation was incredibly ambitious, and it involved transporting hundreds of kilograms of Colombian cocaine directly from Pablo Escobar's private ranch to the United States.

George Jung's role in all of this was essentially that of a glorified middle man. Although he certainly had considerable expertise in the drug-running business, his task was simply to help the Medellin Cartel put their cocaine into the hands of large-scale distributors in California. Richard Barile was the distributor who received the cocaine, and Jung handed him the keys to a car filled with cocaine once it had arrived in the country.

Despite all of this, George's role in the overall operation was integral, and he was rewarded with millions of dollars. He also contributed a number of innovative ideas that the Medellin Cartel eagerly accepted. A stroke of genius was Jung's idea to steal single-engine airplanes and charge $10,000 for the transport of one kilogram of cocaine. He then loaded up a single airplane with 300 kilograms of cocaine, and this equated to earnings of $15 million for a single flight. By the 70s, Jung was organizing multiple flights per week and raking in $3 to $5 million per day.

Towards the end of Jung's stint with the Medellin Cartel, he began to engage in money laundering operations – mostly through the national bank of Panama. During this period, George's old associate Carlos Lehder Rivas eventually realized that Jung wasn't actually that important to the overall operation. "El Americano" was removed from the equation when Lehder simply went directly to Robert Barile himself. Thankfully, the Medellin Cartel didn't actually kill Jung, and he was allowed to continue with his smuggling operations through other avenues. Jung continued to rake in millions.

In 1987, Jung was arrested. After skipping bail, another connection betrayed him and he was caught by the authorities. Jung then testified against Carlos Lehder – but with the expressed permission of Pablo Escobar. Because of this deal, George was released. Despite a brief period of "going clean," Jung went back to the drug trade in the 90s. Jung was arrested once again and pleaded guilty to three counts of conspiracy after being caught with almost 800 kilograms of cocaine. He was given a 60-year sentence before being released early in 2014.

[The photo of George Jung used on this page was licensed through Wikimedia and Creative Commons. It was taken by "Nish242"] 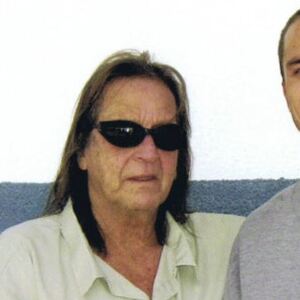