What was Frank Lucas' Net Worth?

Frank Lucas was a former American heroin dealer and an organized crime boss who had a net worth of $500,000 at the time of his death in 2019. Although Lucas was already a legendary figure before the release of "American Gangster," the Hollywood film introduced his life story to millions of movie-goers around the world. However, the film may not be an accurate representation of his life story and criminal accomplishments. In recent years, Frank has stated that many of his claims were exaggerated. Even taking this into account, Lucas was probably earning hundreds of millions of dollars when his criminal operations were at their height.

He was especially well-known for distributing Thai heroin in the United States during the Vietnam War. Despite the romanticization of his life by Hollywood producers, Frank had a terrible impact on low-income communities when he flooded these areas with drugs. When Lucas was eventually caught and put on trial, the lead prosecutor famously said: "Frank Lucas has probably destroyed more black lives than the K.K.K. could ever dream of."

Frank Lucas was born on September 9th of 1930 in La Grange, North Carolina. He claims that his 12-year-old cousin was murdered by the K.K.K., which prompted him to embark on a life of crime. At the age of 15, he hit a man over the head with a pipe before stealing $400, setting the man's business on fire, and escaping to New York.

Frank settled in Harlem, where he hung out in pool halls, sold drugs, and engaged in petty crimes such as robberies. By the mid-60s, he had established himself as a force to be reckoned with after shooting a highly-dangerous drug dealer four times in the head – although this story has later been called into question. Lucas also claimed that he was taken under the wing of a famous gangster called Ellsworth Johnson, although some also doubt the validity of this story.

What seems clear is that after Johnson's death, Lucas appears to have filled the void left behind by the established criminal. He started to establish his own criminal empire, and this immediately brought him into conflict with the Italian mob. The Italians essentially ran New York at this point, and this included the heroin trade. Lucas traveled to Thailand and made connections with local heroin suppliers. He was able to source heroin for $4,300 per kilo. A single kilo had a street value of $300,000 on the streets of New York.

He also made connections with black soldiers in the U.S. Army and created a scheme where he hid kilos of heroin in deceased soldiers' coffins. However, Frank later stated that he didn't actually hide the heroin with dead bodies, and that he had a carpenter create fake coffins that never actually contained any bodies to begin with. Regardless of his exact smuggling methods, Lucas succeeded in flooding the streets with an almost pure form of heroin known as "Blue Magic." During this period, Frank became very wealthy. He also rubbed shoulders with a number of well-known celebrities. 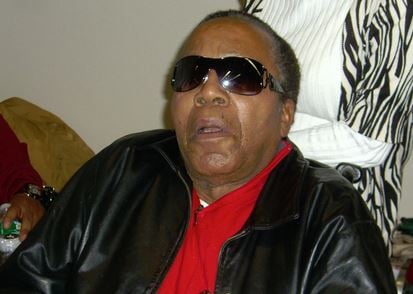 In 1975, Lucas was arrested at his New Jersey home. Police found $584,000 in cash stashed in the residence, and he was convicted of federal drug charges in New York. Eventually, he was sentenced to 70 years behind bars. Once he was convicted, Lucas agreed to provide evidence that led to the arrest of a large number of other drug dealers.

This led to a reduced sentence, and Frank was put into a witness protection program. Incredibly, Lucas was caught dealing drugs once again in 1984 and was given a sentence of seven years. In 2010, Frank was arrested for a third time after attempting to sell two kilos of cocaine to an undercover FBI informant.

At the peak of his drug empire in the early 1970s, Frank's organization was more like a Fortune 500 conglomerate. Lucas once famously bragged that he was earning $1 million per day during this period, which is equivalent to $6 million per day in today's money. Although these were likely exaggerations, Frank was undoubtedly earning an insane amount of money.

In the 1970s, DEA agents estimated that his personal net worth was $52 million, most of which was stashed in Cayman Islands banks. At his peak, he owned property all over the world, including apartments in Los Angeles, commercial office space in Detroit, and a 7000-acre ranch in North Carolina. When DEA agents raided his home in New Jersey in 1975, they found nearly $600,000 in cash, the equivalent of $3.6 million in today's money. In addition to the $52 million stashed in Cayman Islands banks, Frank also had $300 million in stockpiled heroin.

Frank Lucas passed away on May 30th of 2019 in Cedar Grove, New Jersey. He was 88 years old, and he had been confined to a wheelchair for his final years. Lucas also expressed remorse during his last few years, encouraging young people to stay in school and earn "the highest degree in education that you can."

In 2007, the film "American Gangster" was released. Starring Denzel Washington and Russell Crowe, the movie depicted Lucas' story and journey as a drug kingpin. Frank was directly involved in the production of the film, and he was paid as a consultant. Present during many of the shoots, Lucas gave Denzel advice on small details, such as how he carried his gun. In a later interview with MSNBC, Frank admitted that the film was mostly a fabrication, and only a few details were based on his real experiences. 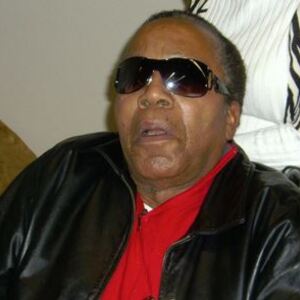