Frank Costello net worth: Frank Costello was an Italian American Mafia gangster and crime boss who had a net worth equal to $1 billion at the time of his death in 1973 (adjusting for inflation). During his life, Frank ran one of the wealthiest and most-powerful criminal organizations in history. At the peak of his success, his illicit empire generated the equivalent of $60 billion (after adjusting for inflation) in revenue.

Frank Costello was born in Cassano allo Ionio, Calabria, Italy in January 1891 and passed away in February 1973. He rose to the top of organized crime in America and controlled a gambling empire while having political influence. Costello was known as "The Prime Minister of the Underworld". He led the Luciano crime family which was later called the Genovese crime family. The Lucianos were one of the Five Families who operated in New York City. He was introduced to gang activities at a young age after boarding a ship to the United States in 1895. He worked for the Morello gang and met Charlie "Lucky" Luciano and hit it off as friends and partners. In 1961 the United States Supreme Court upheld a decision that stripped him of his U.S. citizenship but set aside a deportation order. Frank Costello passed away on February 18, 1973 at 82 years old of a heart attack. 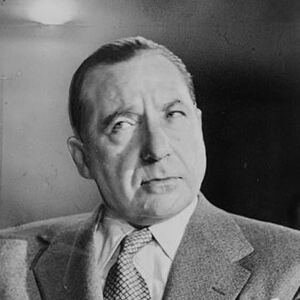