Conrad Murray net worth: Conrad Murray is an American physician who has a net worth of -$500 thousand. Conrad Murray's was the cardiologist and personal physician for Michael Jackson. Doctor Murray moved to the US in 1980, from his native country Grenada. He obtained a degree in pre-medicine and bio science at Southern Texas University. Coming from an underprivileged background, Murray made the most of every opportunity that came his way. Years later, Murray became an associate director of the interventional cardiology fellowship-training program for Sharp Memorial Hospital. By 1999, Murray opened a private practice in Las Vegas. He became a personal physician for Michael Jackson for his 2009 tour – Murray was paid $150,000 a month. Two first met in 2006 and soon became friends. This was the beginning of Murray's demise: during the six weeks he worked with Jackson, it was revealed that Murray administrated a daily drip of propofol to the singer. On the 25th June 2009, Murray administered the daily dose of the propofol, along with other drugs including muscle relaxant, causing the death Michael Jackson. The case went to trial, starting in September 2011. In November 2011, Murray was charged with involuntary manslaughter of Michael Jackson. He was sentenced to four years in prison at Los Angeles County Jail. 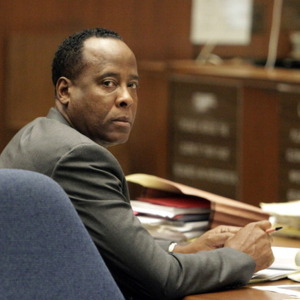