What is Charles Manson's net worth?

Charles Manson was an American criminal and musician who had a net worth of $400 thousand at the time of his death. He was an evil criminal who led the Manson Family in the California desert in the late 1960s. In 1971 he was found guilty of conspiracy to commit the murders of seven people, including actress Sharon Tate and four others at her home. The next day members of his group murdered a married couple at his command. Over the years Manson became a symbol of insanity, violence, and the macabre. He spent half of his life in correctional institutions. He was also a singer-songwriter who was associated with Dennis Wilson of the Beach Boys.

From 1971 on, Manson was not legally permitted to profit from his crimes or image. However, if his estranged son is to be believed, that does not mean Manson stopped making money while he was in prison for more than 45 years.

According to a son who was fathered through rape in 1967, Charles Manson has a fortune of several hundred thousand dollars stashed away somewhere. Manson supposedly earned the fortune by selling paintings, TV Shirts, photos, interviews and more through various websites that he operates. Manson could not directly access or benefit from the money.

These claims came to light in 2014 after Manson nearly married Afton Elaine Burton. The son claims that she was only marrying him to access this hidden fortune.

Officially though, Manson could not earn money from music royalties, image licensing, book royalties, the sale of artwork or any other media appearances. He lived on a $35 monthly stipend.

Charles Manson was born in Cincinnati, Ohio on November 12, 1934, to 16-year-old Kathleen Manson-Bower-Cavender. Manson may have never known his biological father. His mother married William Eugene Manson in August 1934 before Charles's birth. They divorced on April 30, 1937 but Charles retained William's last name, Manson. Two years later, his mother was arrested for assault and robbery and sentenced to ten years in prison. Manson was then placed in the home of an aunt and uncle in McMechen, West Virginia. His mother was paroled in 1942 and Manson later characterized the first weeks after she returned home from prison as the happiest time in his life. The family later moved to Indianapolis.

Manson set his school on fire when he was nine. At the age of 13, he was placed in the Gibault School for Boys in Indiana, a strict school for male delinquents run by Catholic priests. Manson ran away from Gibault and slept in the woods and under bridges. He fled to his mother and spent Christmas 1947 there but his mother returned him to Gibault. Ten months later, he ran away to Indianapolis and committed his first known crime when he robbed a grocery store. After more petty theft crimes, he was eventually caught and sent to Boys Town, a juvenile facility in Omaha, Nebraska, in 1949. After four days in Boys Town, he and a fellow student stole a car and committed two armed robberies. He was caught and sent to a much stricter reform school, Indiana Boys School. At this school, he was allegedly repeatedly beaten and raped and ran away from the school 18 times.

He was charged with a federal crime of driving a stolen car across state lines and was sent to Natural Bridge Honor Camp in October 1951, a minimum-security prison, but was transferred to the Federal Reformatory and then later moved to a maximum security reformatory in Ohio where he was expected to remain until his release on his 21st birthday in November 1955. However, good behavior led to an early release in May 1954 and he went to live with his aunt and uncle. The following year, he married a waitress named Rosalie Jean Willis. Three months after he and his pregnant wife arrived in Los Angeles in a car he had stolen in Ohio, Manson was again charged with a federal crime. While Manson was in prison, Rosalie gave birth to their son Charles Manson Jr. Manson received five years' parole in September 1958, the same year in which Rosalie received a decree of divorce. By November, he was pimping a 16-year-old girl and was receiving additional support from a girl with wealthy parents.

Following the arrest of one of the women for prostitution, Manson was arrested, charged, and put in prison in Los Angeles. By the time of his release day on March 21, 1967, he had spent more than half of his 32 years in prisons and other institutions. 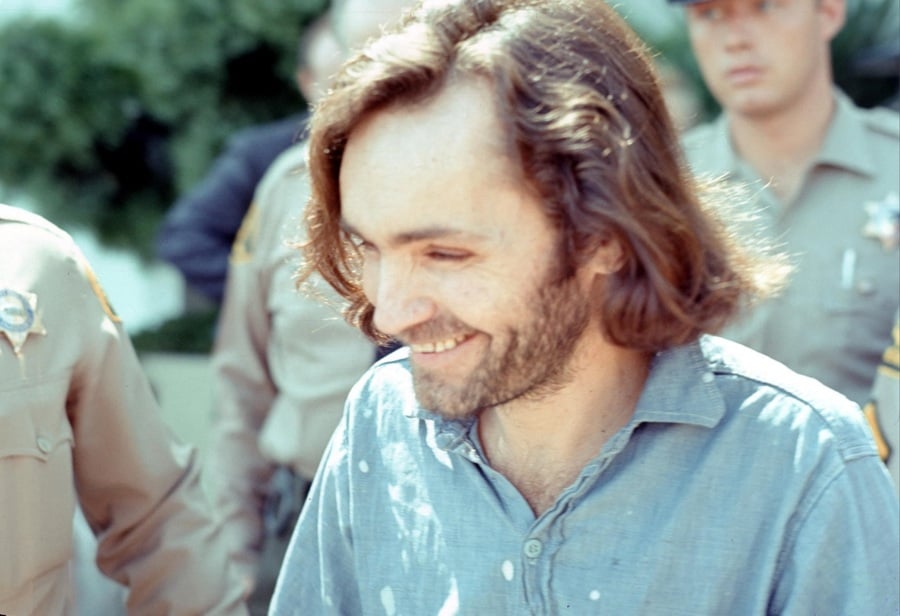 After he was discharged from prison in 1967, Manson began attracting a group of followers, mostly young women, from around California. They would later be known as the Manson Family. The core of Manson's following included Charles 'Tex' Watson, Robert Beausoleil, Mary Brunner, Susan Atkins, Linda Kasabian, Patricia Krenwinkel, and Leslie Van Houten. The Manson Family turned into a doomsday cult when Manson, a white supremacist, became fixated on the idea that black people in America would rise up and kill all whites besides Manson and his "family," but that they would need a white man to lead them, so they would serve Manson as their "master." Manson adopted a term for this, "Helter Skelter," which he took from the Beatles song and to him implied an impending apocalyptic race war and that the murders would help bring on that war.

On August 8 and 9th, Manson and his followers murdered actress Sharon Tate and four others in her home. The next day, they murdered Leno and Rosemary LaBianca. Tex Watson and three other Manson family members carried out the Tate and LaBianca murders, allegedly acting under Manson's instruction. While it was later accepted at trial that Manson never expressly ordered the murders, his behavior was deemed to warrant a conviction of first degree murder and conspiracy to commit murder. Family members were also responsible for many other thefts, assaults, crimes, and the attempted assassination of President Gerald Ford.

His trial began on July 15, 1970. The first day of his testimony, Manson appeared in court with an X carved into his forehead. Members of the Manson Family camped outside of the courthouse, and held a vigil on a street corner, because they were excluded from the courtroom for being disruptive. On October 5, 1970, Manson attempted to attack Judge Older while the jury was present in the room. Manson first threatened Older, and then jumped over his lawyer's table with a sharpened pencil, in the direction of Older. Manson was restrained before reaching the judge. On January 25, 1971, the jury found Manson, Krenwinkel and Atkins guilty of first degree murder in all seven of the Tate and LaBianca killings. The jury found Van Houten guilty of murder in the first degree in the LaBianca killings.

On March 29, 1971, the jury sentenced all four defendants to death. The Manson murder trial was the longest murder trial in American history when it occurred, lasting nine and a half months. The trial was among the most publicized American criminal cases of the twentieth century. The Supreme Court of California temporarily eliminated the state's death penalty in 1972 commuting his death sentence to life imprisonment. Manson was incarcerated at Corcoran State Prison for much of his life. He died from cardiac arrest resulting from respiratory failure and colon cancer at Mercy Hospital in Bakersfield, California on November 19, 2017.

In November 2014 Manson got a marriage license and planned to marry a 26 year old woman named Afton Elaine Burton. She had been visiting him in prison for at least nine years and maintained several websites that proclaimed his innocence. Burton said on her website that the reason that the marriage did not take place was merely logistical, as Manson was suffering from an infection and had been in a prison medical facility for two months and could not receive visitors. She said that she still hoped that the marriage license would be renewed and the marriage would take place. 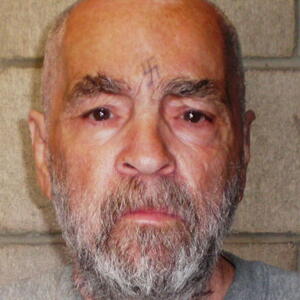