What is Carlos Lehder's Net Worth?

Carlos Lehder is a German-Colombian drug dealer who at one point had a peak net worth of $2.7 billion. Carlos Lehder became well-known for running a massive cocaine distribution network centered around his own private island in the Bahamas. He was one of the richest drug dealers in history.

After earning an incredible amount of money from his drug operations, he was imprisoned in the United States. Currently, Lehder is living in Germany, having completed his reduced sentence. Over the course of his drug-running career, Lehder worked with some of the biggest names in the international drug trade, such as Pablo Escobar.

Carlos Enrique Lehder Rivas was born on September 7th of 1949 in Armenia, Columbia. Carlos' father was a German national who emigrated to Columbia and worked as an engineer on various buildings in Armenia. Carlos grew up alongside 3 brothers, and his family ran a small inn where German immigrants would meet. During World War 2, it was alleged that this inn became a safe house for Nazis. Following his parents' divorce, Carlos moved to New York City with his mother at age 15.

Lehder began his criminal career by selling marijuana and stolen cars in the United States and Canada, but he was soon arrested. While serving out his sentence, he made the most of his time by speaking with various inmates and learning as much as he could about the international drug trade. Eventually, he developed a plan to use small aircraft to deliver cocaine across borders. He also established a close friendship with fellow inmate George Jung, a marijuana dealer who knew how to fly aircraft and deliver drugs in this manner.

After they were released, Lehder and Jung used drug mules to earn enough money to buy an aircraft. Once they had enlisted the help of a professional pilot, they began their much-researched plan of smuggling cocaine into the US via the Bahamas. Soon, it became clear that Lehder had much bigger goals than Jung, and the two ended their partnership. While Jung became a small-time, independent smuggler for Pablo Escobar, Lehder purchased his own private island in the Bahamas called Norman's Cay. Although he initially only purchased a percentage of the land on the island, he used intimidation and threats to force all previous residents to leave. Lehder then purchased the entire island, spending about $4.5 million in the process. 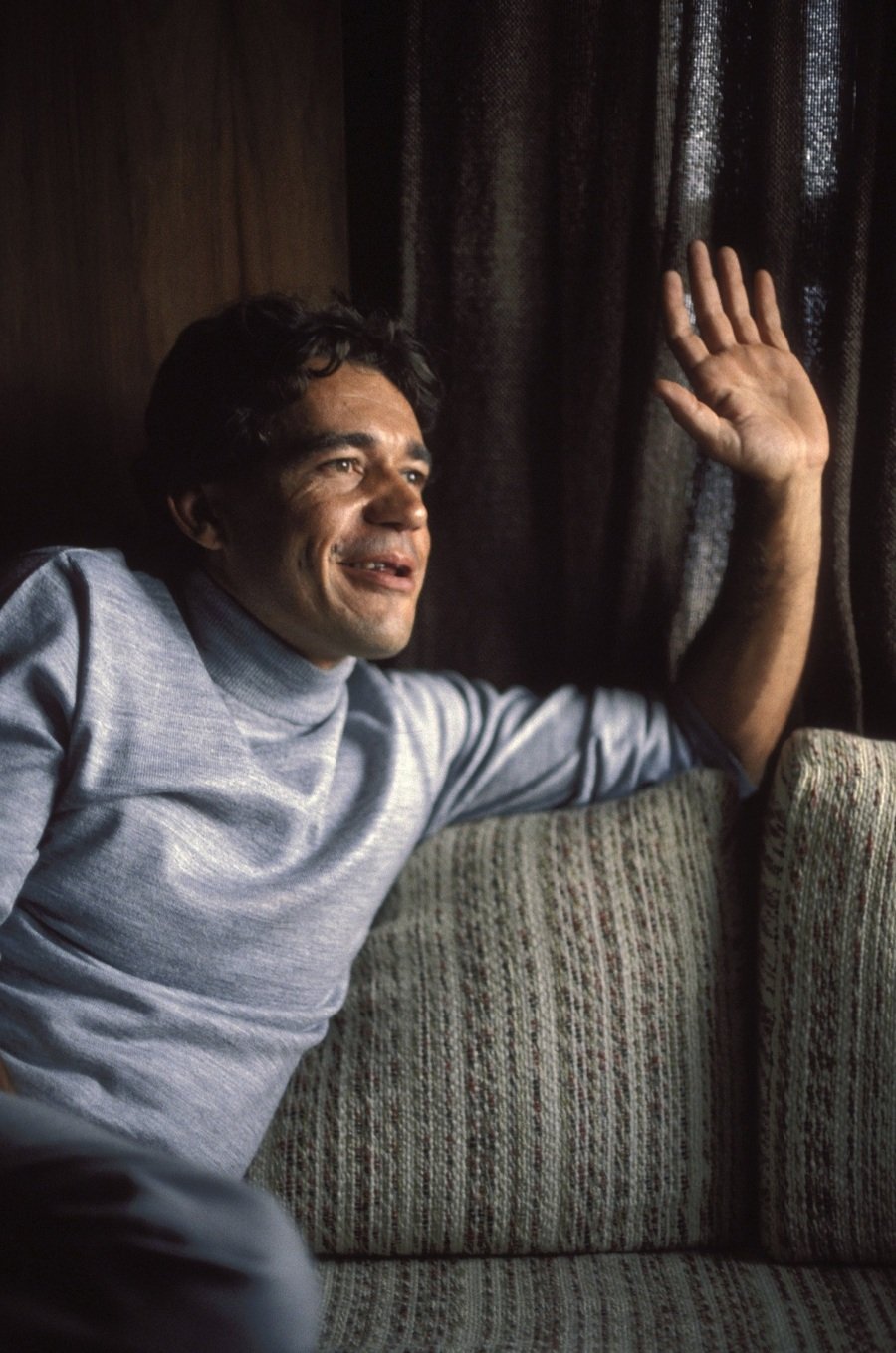 At its peak, Norman's Cay featured a luxury yacht club, over 100 private homes, and of course, a runway airstrip. Long-distance jets would load up cocaine in Colombia and fly to the tiny island where the cargo was offloaded onto smaller aircraft that could not be detected by radar. These smaller aircraft would then fly to drop points on the coast of Florida and Georgia.

For every four kilos of cocaine that was flown into Norman's cay, one kilo would belong to Carlos as payment for using his facilities. At the peak of operations, 300 kilos arrived and left the island every day. That meant Carlos was entitled to roughly 75 kilos per day. Assuming a single kilo of cocaine sells for $20,000, Carlos Lehder was earning roughly $1.5 million in cash per day from the island alone. Carlos' wealth was so immense that on at least two occasions, he offered to pay off Colombia's entire national debt in exchange for a guarantee that he would never be extradited to the United States. 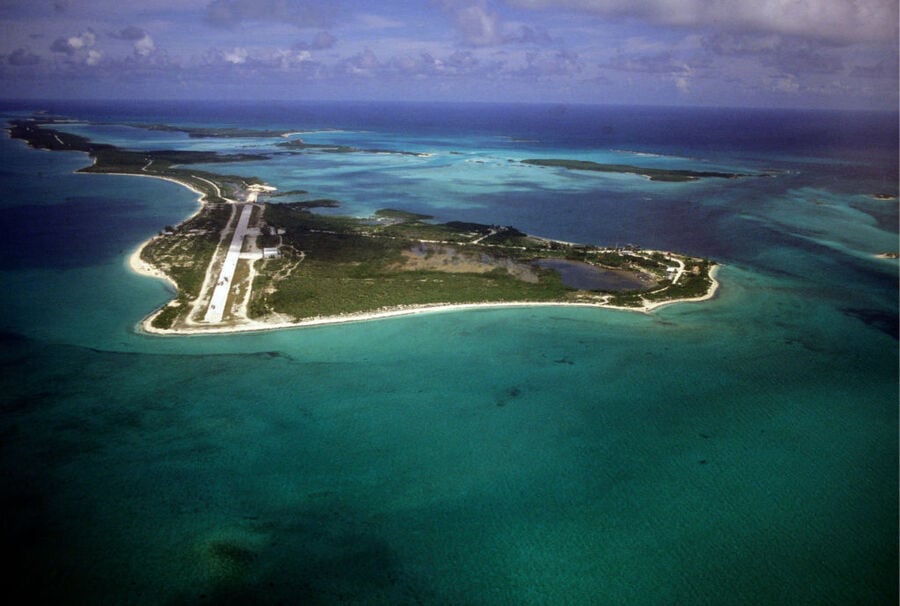 Norman's Cay was both Lehder's greatest asset and his greatest liability. While the private island provided Lehder with a lawless kingdom from which to rule his international drug operation, it also attracted the wrong kinds of attention. Lehder was blatantly bribing Bahamian officials, and the international community was beginning to take notice. During this period, Columbian political figures also began to take the presence of drug kingpins more seriously.

In 1983, the Bahamian government froze all of Carlos Lehder's bank accounts and seized all of his properties. Overnight, the billionaire drug lord lost everything. Pablo Escobar ended up saving Lehder's life after he developed a fever while on the run in the jungle. Escobar sent a helicopter for Lehder that transported him to hospital. After his incident, Lehder became Escobar's bodyguard. However, Lehder would only experience freedom for a few more years until he was captured by Columbian officials. Some believe that Escobar betrayed Lehder, selling him out to the authorities.

Lehder was soon extradited to the United States, and he cooperated with authorities by providing evidence against other drug lords and corrupt officials – most notably Manuel Noriega. However, Lehder still received a life sentence plus 135 years. A legal battle followed, and over the years Lehder's lawyers argued that he should be released for a number of reasons. His lawyers argued that Lehder should be released because of an extradition agreement between Columbia and the United States. This agreement states that an extradited citizen of Columbia can only serve a maximum of 30 years in prison.

In 2020, it was reported that Carlos Lehder had been transferred to Germany after serving out his sentence in the United States. For the last few years prior to his release, Carlos Lehder was held in a minimum-security prison in Florida, where he had access to things like television and email. It's worth noting that Lehder has no family in Germany, and he is being rehabilitated by a German non-profit organization. He was also 70 years old at the time of his release, so it's unlikely that he will be rebuilding his criminal empire.

One of the most unique things about Carlos Lehder was his strong militant ideology. From an early age, Carlos Lehder aligned himself with the teachings of Adolf Hitler. Later, Lehder would create a political party called the Latino Nationalist Party. The far-right party was modeled after Nazi ideals and fought against extradition. Some believe that Lehder's militant activities were a cause for concern among other Columbian drug lords. Some observers have suggested that Lehder was betrayed by his colleagues because these militant activities were drawing too much attention to their collective drug operations. 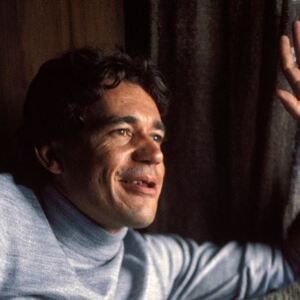