Bugsy Siegel net worth: Bugsy Siegel was an American mobster who had a net worth equal to $100 million at the time of his death. He is known for being one of the most infamous and feared gangsters of his time.

Bugsy Siegel was born in Brooklyn, New York in February 1906 and passed away in June 1947. He was known for being handsome and charismatic. Siegel is credited with being a driving force behind the Las Vegas Strip. He was influential with the Jewish mob as well as the American Mafia and the National Crime Syndicate. Siegel was a founder and media of Murder, Inc and was a bootlegger during Prohibition. He then turned to gambling and worked as a hitman. He was tried for the murder of Harry Greenberg in 1939 but acquitted in 1942. Siegel financed some of the original Las Vegas casinos including The Flamingo. Bugsy Siegel passed away on June 20, 1947 at 41 years old after he was shot dead at his girlfriend Virginia Hill's home in Beverly Hills, California. 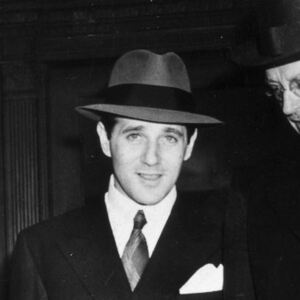